My best friend Lidia and I had tickets to go see The Connecticut Forum‘s Vision and Brilliance panel at the Bushnell for a couple of months, and finally the big night arrived this past Saturday. Here’s the event description, from the Forum’s website:

“This live, unscripted panel conversation brings together a diverse group of popular experts, each with their own unique field of study and view of the world. The Forum will be fast paced and surprising, as [the panelists] discuss their own work, and so much more… technology, science, design, new ideas, our changing world and possibilities for our future. Bring your sense of wonder to this conversation with big thinkers and visionary minds.”

The moderator and panel, ready to discuss vision and brilliance.

The members of the panel covered several areas of study/subject matter, which contributed to the diversity of the discussions. Neil deGrasse Tyson AKA the most famous astrophysicist in the universe, and Internet meme, was definitely my favorite panelist. 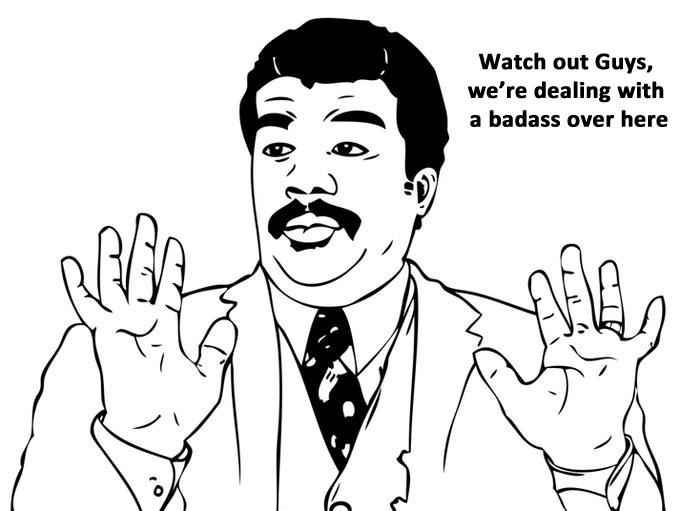 I have to admit I have not ready any of his books, but they’re going straight to my Goodreads to-read list now. He was so funny, down to earth, and just plain NORMAL. He’s ridiculously smart but I feel like I’d be able to read his work and get it, given the way he spoke during the panel. Oh, and when we MET HIM. Yes, the whole event turned into the stuff of dreams when my friend Kat of The Hartford Advocate was able to include Lidia and I in the pre-Forum cocktail reception. It was there that Lidia and I had the privilege of meeting Neil!

Yes, we are holding glasses of 2fly wine!

Kat’s husband asked him, “What the most interesting thing you’ve ever seen in the night sky?” Neil responded that he was watching a meteor shower and thought he saw a new star. But then the star kept getting bigger, and bigger, and suddenly it disappeared with a POOF. It was then that he realized it was not a star at all, but a meteor. The reason he saw no smoke trail was because it was coming straight at him, dead-on. He had never seen that before! As Neil put it, “This is what it’s gonna look like when the world ends.” And that led to this classic moment…

Yup, that happened…showing me what it’d look like coming straight at me. See, this guy rocks!

I also had the privilege of meeting the panel’s moderator (and person I was most psyched to see), John Dankosky of WNPR‘s “Where We Live”. He was SUCH a kind guy and seemed so appreciative of my status as an NPR nerd 😀 I was so starstruck! Crazy to put a face to the name (I knew what he looked like but to see him in person AND hear that voice I know so well, just wow) and I was in #jadorelavie heaven.

I also was so psyched to see another WNPR personality who I’ve met in the past, Chion Wolf! She is just so sweet and so very cool, to put it simply. I mean with a name like hers, how could you not be?

Continuing our tradition of being unashamed nerds, Lidia and I were sure to get a photo of us with our Hartford Advocate name tags and complimentary wine.

After the cocktail reception, Lidia and I headed over to another Max Restaurant Group restaurant, Trumbull Kitchen, for dinner (and more drinks). It was just a short walk from the Bushnell and we got to stroll by this beautiful Christmas tree. Which, in a bizarre twist, had kids hiding inside it yelling at us so it seemed like the tree was talking. Fun!

I’ve had dinner at Trumbull Kitchen before but never at the bar. I’ve found recently that dining at restaurant bars is my favorite, so Lidia and I posted up at two seats that became available as soon as we arrived – perfection. Again, I cannot go to a Max restaurant and not order cocktails, so I selected their latest cask-aged selection, the Caprice Classic (Deaths Door gin, Benedictine & Noilly Pratt, orange bitters, aged 2 months in an oak cask). It was freaking delicious and a fitting old-man drink for me, but it also was $12 and went down too easily – gone so quickly!

Then the universe stepped in and decided that Lidia and I wanted pizza. A waiter came out from the kitchen holding two flatbreads, and offered them to us! He said they made them by accident and didn’t want to waste them. I was ALL over the veggie variety (butternut squash, sage pesto, walnuts, Brussels, ricotta).

The crust was so thin and crispy just the way I like it and the flavor combo was seriously incredible. Butternut squash…pesto…Brussels…what’s not to love?!

Lidia had a craving for something akin to Bonefish Grill‘s Bang-Bang Shrimp and I knew she could get it at Trumbull, because it has a similar kind of menu. Sure enough she found the Rock Shrimp & Sweet Potato Fritters, which satisfied her craving and tasting amazing (I can vouch).

I ordered a seafood app (are you surprised?) to go with the pizza – the Tuna Tataki Napoleon (tuna, avocado, scallion, pappadew peppers, and wonton crispies). Such incredible tuna – it seriously melted in my mouth and the avocado sauce had such an incredibly thick and creamy texture. The wonton crispies on the side were a great addition that I actually ended up putting atop my pizza slices – magic!

We were still hungry so I ordered an app the bartender recommended, grilled filet mignon bites (medium rare) with truffled “tater tots”, frisee, and bleu cheese fondue. Definitely more decadent than I’m used to, but Lidia was ordering dessert and I love savory stuff, so I thought a more decadent savory appetizer would be fitting for “dessert time”.

I didn’t think I’d finish this…then I did.

I had a couple bites of Lidia’s incredible, mouth-watering, salty-sweet dessert – the Pretzel Creme Brulee. That’s right. She also had a small glass of a dessert wine – Tannat, Alcyone, Uruguay. It tasted fantastic! I really adore dessert wine – it’s so special.

After our dinner we walked/jogged back to the Bushnell for the forum. We were seated in the balcony but still had a great view.

Neil Gaiman is an author and a cult figure in comics. He also has been involved with Dr. Who and is Kat’s favorite author – so cool that she was able to meet him during the reception! I am not a big fan of his kind of fiction – supernatural, magic, etc – or comics but a couple of his books interest me and I’d like to check them out sometime.

Neri is from Israel and is absolutely GORGEOUS. It was just refreshing to hear from such a smart woman who is so genuinely interested in the world around us. Neri is the Mediated Matter Director at MIT Media Lab and has a material science engineering degree. She’s been named one of Esquire’s “Best and Brightest” and her work at MIT  “explores how digital design, engineering, material science, artistic forms and ecology can combine to radically transform the design and construction of everyday objects, buildings, and systems”. She discussed revolutionary discoveries she’s made in 3-D printing, which totally reminded me of the technology I saw at Reebok in May! Her most famous project is Beast, an organic chaise lounge that moves with whoever is sitting in it and responds to his or her muscles. Seriously incredible.

John Dankosky did an excellent job moderating with a mix of his own and audience questions. The panelists shared thoughts on religion, life on other planets, how they got to where they are today, and more. There are two more CT forums scheduled for March and April, and I hope to attend both!

Wow. This post turned out longer than I’d intended. But it was really an incredible evening of vision, brilliance, friends, heroes, and good food and drink. I’m so thankful to have been able to share the experience with Lidia and be in the presence of such visionaries! Telling John Dankosky that I adore him wasn’t too bad either.

Have you ever met someone you might call a hero of yours, or someone you just really admire?

Which of our Trumbull Kitchen dishes looked best to you?

Have you ever heard of any of these panelists? Anyone a fan?