Hey CT residents! Visit Cait Plus Ate on Facebook for your last chance to enter my giveaway for a pair of tickets to a weeknight showing of Hartford TheaterWorks “Christmas on the Rocks“. I’ll be attending tomorrow’s matinee and can’t wait to share my review next week!

Firstly, let me just say that I have been “going out” on Black Friday for as long as I can remember, and I was not a fan of how many places opened this year on Thanksgiving night. But not because of the whole don’t-make-people-work on Thanksgiving controversy that you may have heard about. I actually used to work on Thanksgiving (at a local bagel shop) and liked it because I was paid twice my normal hourly rate and I often find myself bored on holidays – I can only sit around the house and chat for so long. So I’m not surprised if some people welcomed the chance to work on Thanksgiving Day! In fact during college breaks I was employed part-time at my local Victoria’s Secret and working on Black Friday itself was the kicker because a) it sucked and b) you were paid your normal rate since it’s not a “real” holiday.

No, my beef with stores opening on Thanksgiving night is because it takes away the “hardcore” from Black Friday! Any chump can stay up and hit the stores at 8PM. But setting the alarm on a day off from work takes a little bit more dedication. So call me a snob, but I do not consider those who went out Thursday night to be Black Friday shoppers.

I’m also not trying to say I’m the most dedicated of them all because my alarm only went off at 7AM, and that is nothing seeing as that’s when I normally get up on workdays. But no one in my party (me, my sister, my Nana Connie, and Kat/Penelope) was going for a “big ticket” item. We just wanted some overall good deals on Christmas presents and goodies for ourselves. That’s just what we got!

This is all too true.

Our first stop, as it almost always is, was Kohl’s. I pretty much only go to Kohl’s once a year (for Black Friday) and each time I do I go a bit crazy! I ended up spending a fair amount of money but got a LOT for what I spent, and even a ton of Kohl’s Cash as a result! The store wasn’t too crazy either, probably because bigger crowds has been out earlier that morning and the night before. But they didn’t clean the place out of what I was looking for – clothes and accessories – so I didn’t mind that others had beat me there! 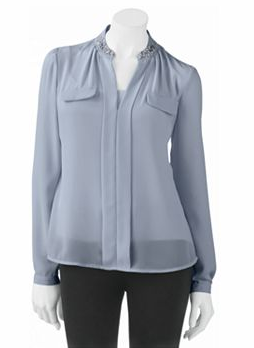 Candie’s Sheer Beaded Top – Perfect for both work or a night out. 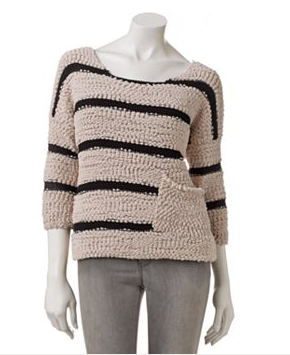 Rewind Striped Sweater – This is SO cozy! 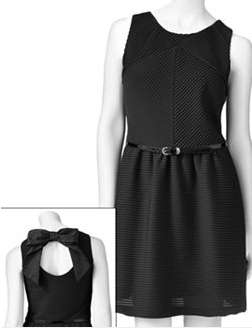 Candie’s Textured Skater Dress – This may be my NYE look! 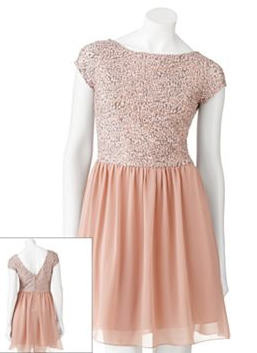 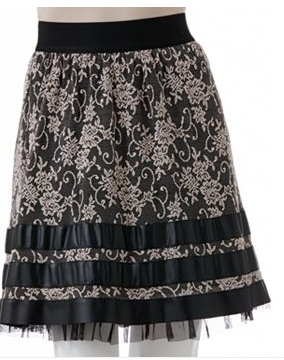 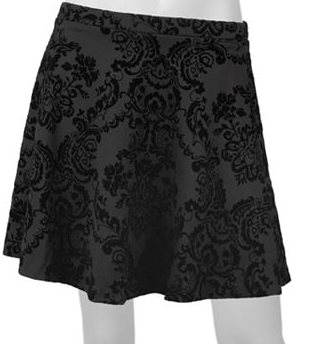 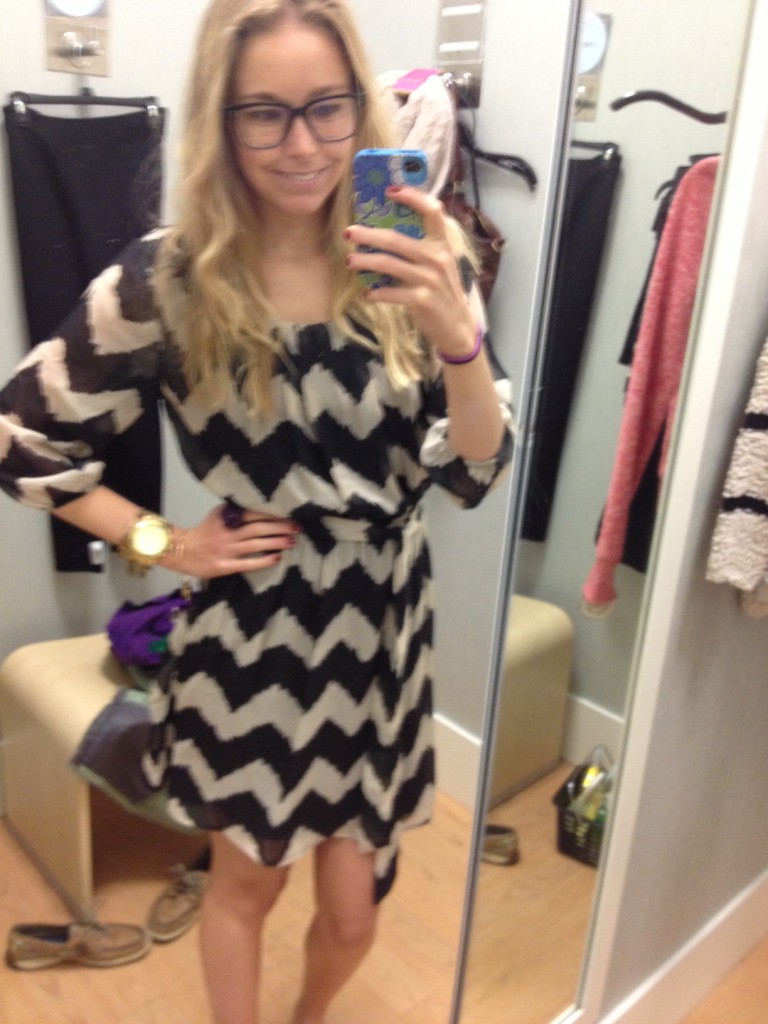 Perfect for the office! Yes hipsters go out on Black Friday. Despite how commercial it is.

I got a couple of other things for myself, like some buy 2/get 2 free foaming hand soaps and a furry infinity scarf (YES). I also got some Christmas presents! The cashier was super nice and gave me 15% off with a coupon she happened to have on hand at her register. I ended up with $45 of Kohl’s cash and gifted it to Nana Connie so that she and her daughter can use it back in VA. Like I said, I only go to Kohl’s once a year!

After stopping at Starbucks for necessary Black Friday coffee, we went to Old Navy, where the entire store was 50% off. Um, when did Old Navy get such cute accessories?!

Microfiber Tights – Perfect for wearing with my Thanksgiving dress, next time I bust it out! 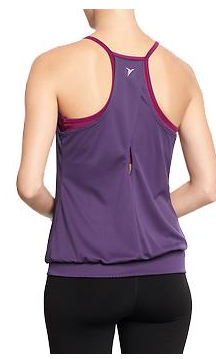 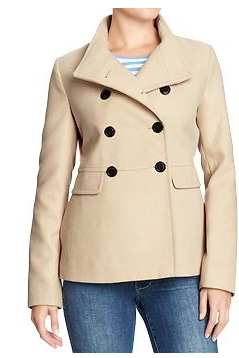 Cropped Pea Coat – I just got a new coat but couldn’t resist this one which will go with so much, and it was about $15!

I couldn’t find a photo online but I bought a pair of patent tan flats with a black captoe. I have been looking for flats like that for the last year but never bought any because I was holding out for a cheaper pair. Well I don’t think I could have gotten any cheaper than these…they were just $7! I also got great deals on little presents for a few people, some of whom I hadn’t even planned on shopping for. But sometimes when you see that perfect something you just have to pick it up, especially when priced at 50% off!

We trekked across the street next to the Westfarms Mall where we met up with a very special someone and her fashionable mama.

Penelope has her party (Christmas) pants on!

Kat and Penelope joined us for the mall portion of our shopping and we went to Urban Outfitters, where the amazing 50%-off-sale offerings did not match the not-amazing 50-minute line. We ended up deciding the line would not be worth it, even for $10 skater dresses. I KNOW, so sad (*sarcasm*). But I did make out like a bandit at American Eagle, where another 50%-off-everything event was going on. I even got my mom a Christmas present! 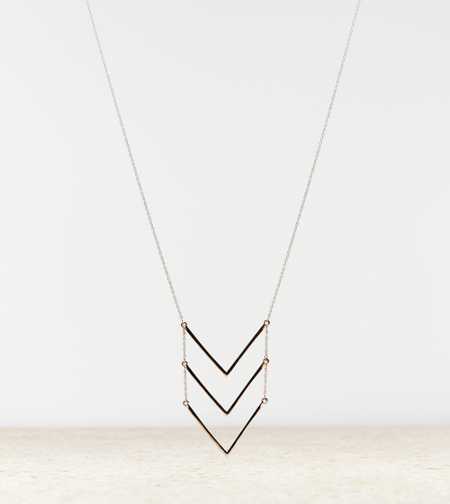 One of those necklaces that is very cool but I would not have bought at the full price – thank you sale! 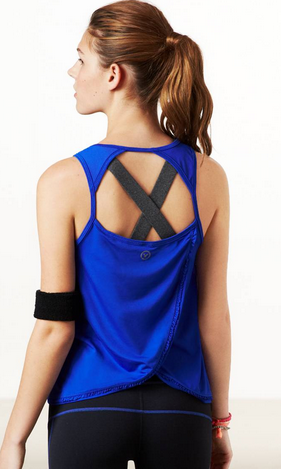 The AEO Performance line is sports luxe and I love it! I snagged this top for just $7. 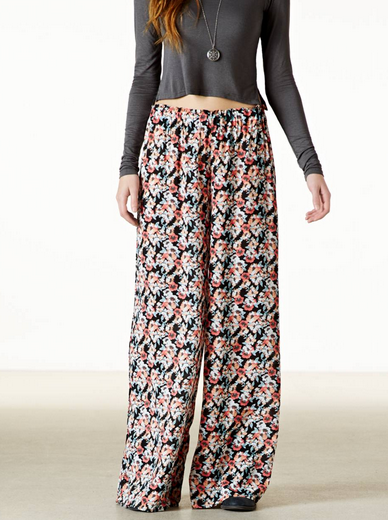 I realize these pants are absolutely ridiculous, but they were $20 and I am going to rock them in Florida by the pool/beach. 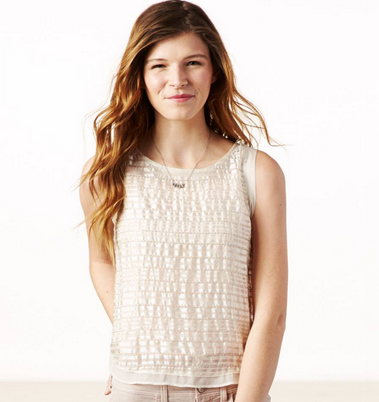 This top can be dressed up so easily with a statement necklace! 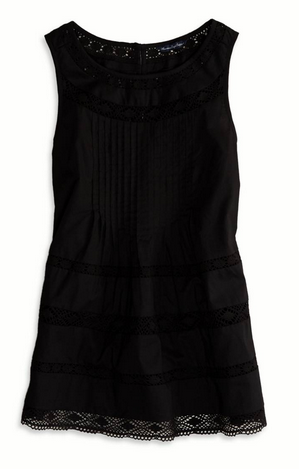 I didn’t bother trying this on and it’s a LITTLE big but was so cheap I’m going to keep it.

I also paid a quick visit to Aldo where the shoes were STILL to expensive even on sale, but I did get some 2-for-1 rings! 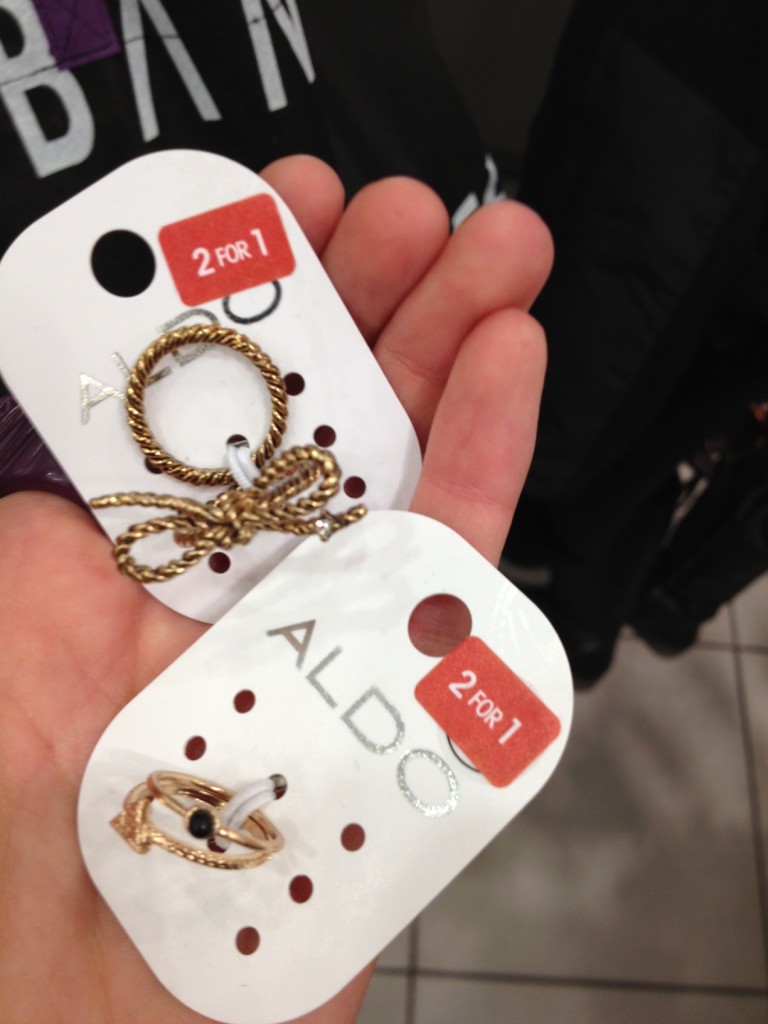 I ended up paying about $9 for both.

Even Penelope got in on the action, after Kat and Hannah found a Beauty & the Beast Tea Set on sale at The Disney Store for $24.99. Sidebar: Did anyone else have a childhood obsession with The Disney Store? I always wanted their Halloween costumes but they were too expensive so my mom would insist on buying me cheaper Wal-Mart versions. 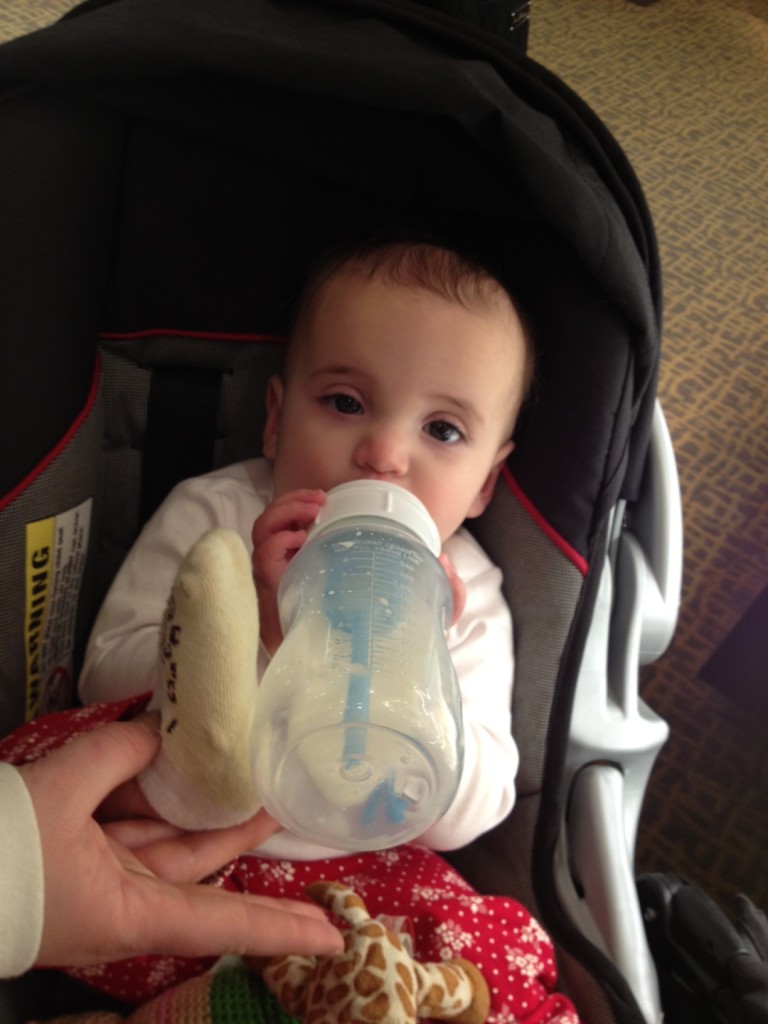 We didn’t leave the mall until 1PM – a good thing because I had a wedding to get to, and I’d already spent plenty! But it was another great Black Friday for the books and I’m already ready for next year!

Did you get any Black Friday and/or Cyber Monday deals?

What do you think about Black Friday starting on Thanksgiving night?