From Left to Write Book Club: The Idea of Him

I received a complimentary copy of “The Idea of Him”. All opinions are my own. This is not a sponsored post.

I have been a bad From Left to Write book club member lately. I either don’t have time to read the books, or I read them and end up not getting around to posting or posting late (like I am today). But I figure better late than never is definitely true, especially when I enjoyed the book so much. The Idea of Him by Holly Peterson is definitely what I’d call “fun” fiction or “beach reading”, but that doesn’t mean I wouldn’t recommend it to someone looking for just that! I had a hard time putting this one down and found myself staying up late to read it. Always the sign of a good read. 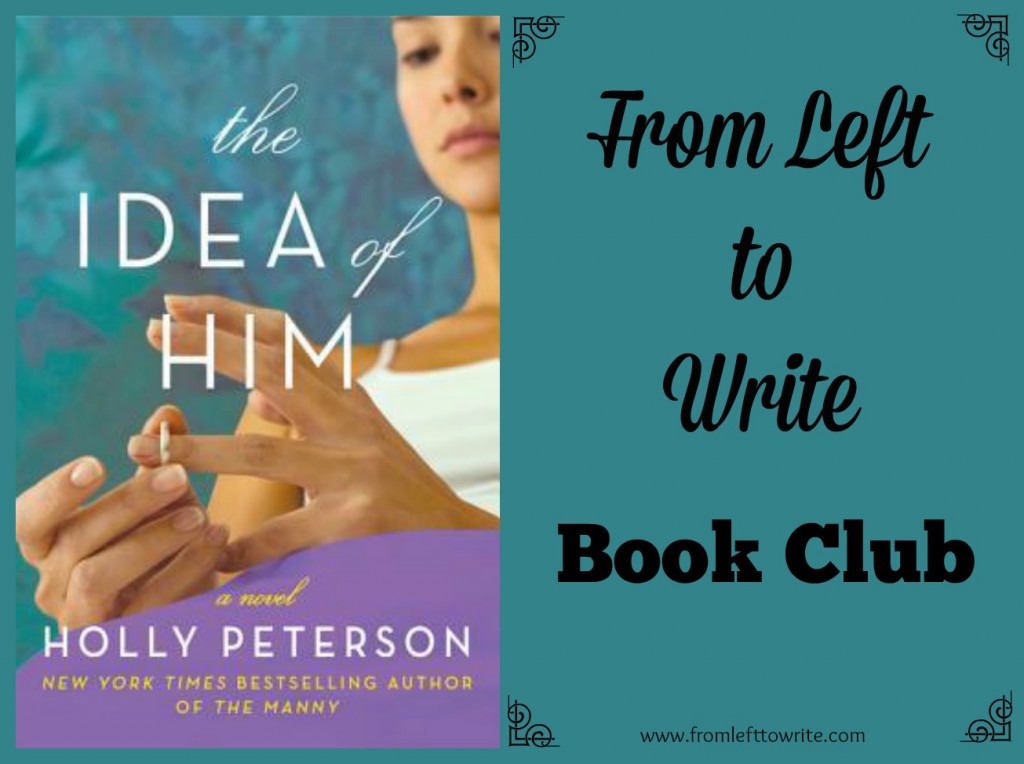 From Left to Write is all about its members blogging not reviews, but about topics related to the books they read. Anything that comes to mind is fair game. This book contained a lot of cheating, by both the main character Allie AND her husband Wade (the “bad guy”). So I wanted to talk about cheating. Now I’ve never been cheated on (as far as I know) and I’ve also never cheated, so nothing I’m saying comes from personal experience. It’s just opinion I’ve developed based on a variety of factors, a big one being knowing friends who have been cheated on or who have cheated.

“Bad guy” Wade is revealed pretty early on in the book to have a lot to hide, including his fair share of affairs. As Allie becomes increasingly dissatisfied with their marriage, she starts to focus on other areas of her life that bring her happiness, like writing screenplays. In an NYU screenwriting class she meets classmate Tony, and they begin to get into the habit of hooking up…without any clothes actually coming off. They make out, he feels her up, etc etc. Allie refuses to let it go any further than that, even though Tony really wants it to. She seems to think if she takes of any clothing or gets more physically intimate with Tony, what she’s doing will become wrong.

But in my opinion, what she was doing already was wrong! Allie seemed to have the mindset that since Wade had cheated on her multiple times, it was acceptable for her to cheat on him to at least some degree. Then she had a mentally-drawn line though that she refused to cross. I feel as if many others have the same mental line. For example, some do not consider an emotional-only connection (often common in this Internet age) to be cheating. Others don’t consider kissing someone other than their significant other to be a bad thing. I get that Wade was a crappy husband, but I don’t think that gave Allie the right to be physical with another man, even if she didn’t sleep with him. The limit she set for herself seemed very random. In fact if I was in her situation, I’d be more driven than ever NOT to cheat, so that in the event of the marriage officially ending I’d always be able to say I never once cheated. Reacting to an affair by having an affair of your own is the opposite of taking the high road.

So while I really liked the book and didn’t have many issues with Allie’s character, her eye-for-an-eye mentality bugged me. I don’t think she connected with Tony specifically to “get back” at Wade. She just had a void that needed to be filled. But as long as she was still married to Wade – still living with him and their children! – she shouldn’t have been filling that void with someone who wasn’t her husband.

Do you have an all-or-nothing attitude about cheating, or do you draw a line only after a certain point?

Have you ever been cheated on, or cheated on someone else?

Do you believe in eye-for-an-eye when it comes to cheating?