I’ve told my scale story in the past. I haven’t had any plans to step on a scale in quite awhile. I haven’t even felt tempted. But last week during a visit to the doctor, after I stepped on the scale backwards and asked the nurse not to tell me my weight, I began to wonder. And once we got to the examination room and she set the clipboard down, I couldn’t resist a sudden urge to look over at the paper where she’d written down my weight. And I peeked.

So I saw how much I weighed, and I actually breathed a sigh of relief. Because in my mind, since I’ve been feeling as if I go out too often and don’t work out enough, I felt sure that I’d gained a significant amount of weight. I often find myself hating the way my pants feel, and without a scale in my life, that’s been my personal measure of body change. But the number I saw wasn’t as high as I’d assumed it’d be. And that made me happy. 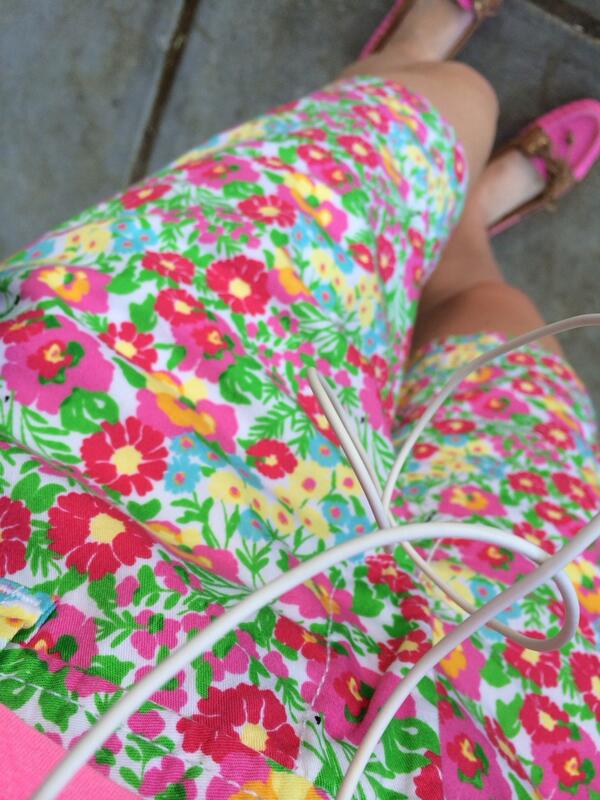 Today’s shorts – I used to absolutely need a belt with these (last summer) but now I can get away with not wearing one. I’ve definitely noticed.

But then I started kicking myself. Why did I even bother to look, and why was I letting that number make me feel a certain way? It’s not like knowing it changed, in that instant, the way that I look or the size that I am. And what if the number had been at – or even above – what I was expecting? Would that have really mattered? Why was I letting a lower number make me happy? Why did my self-esteem and self-worth have to be tied to a stupid number? 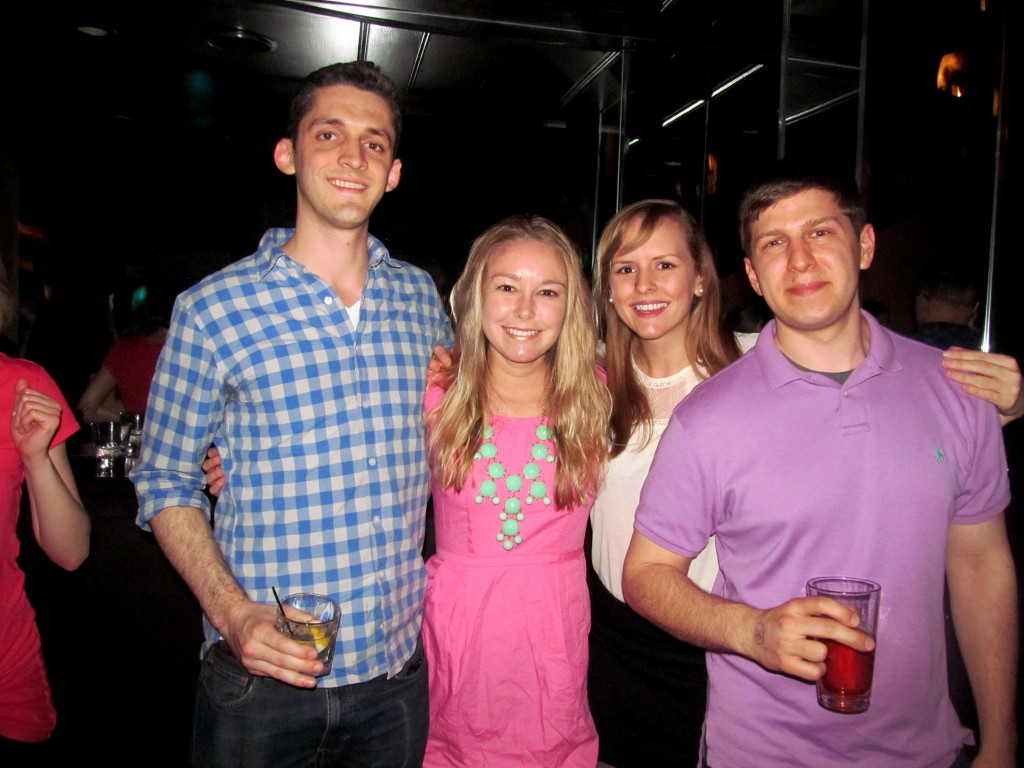 I’d much rather tie it to something more important, like the kind of friend I am or how big the smile on my face is. (Sorry to showcase your awkward hand to the blog world, Annie. Oh and sorry to call it out in this caption.)

And then of course my all-or-nothing mindset took over. The high I used to get from seeing the number on the scale be lower than I expected, and creep lower still, began to haunt me. What if this was the beginning of temptation to keep stepping on the scale, and keep searching for that lower than expected number? What if next time I saw a scale, I would want to step on again? Suddenly I felt flooded with memories of the way the scale used to control me and the power its number had over me. And I said to myself, “Oh hell no.”

Oh, and I have to interject here with a little story-within-a-story. So I guess the whole don’t tell the girl her weight thing got lost in translation between the nurse and the doctor, because at the end of my visit the latter handed me a printout which summarized the appointment, including the vitals/stats that were taken by the nurse. As in, including my weight. So even if I hadn’t peeked, this piece of paper with my weight printed right there in black and white would have been handed to me, and I’d have seen it anyway.

At first I felt angry that the office hadn’t taken more care in paying attention to and respecting my wish to not see my weight. If I was in a worse place right now, seeing it could have really devastated me, as it has in the past. But I mean…I’d seen it anyway. And I can’t always expect people to hold my hand and baby me through this whole recovery process – even if they are doctors. It’s life. It has scales.

And going back to my fear of becoming addicted to the scale again…yes life has scales, but I control over whether or not I step onto them. I have control over whether or not the scale controls my life. You know what? I haven’t felt tempted once to step on a scale since I left the doctor’s office (a week ago) and I don’t think I’m going to feel tempted again. Because as relieving as it felt to not weigh as much as my over-reactive mind expected me to weigh, I know what it could have been like if I’d weighed as much as I’d expected, or more. I could have really used that information as ammo for my brain to attack me with self-hate and doubt. I don’t want to step on a scale and risk having that happen. I’ve been living my life without one for a couple of years now and I already deal enough with body checking and pants-analyzing. I don’t need something else to focus on when it comes to my body image.

So good-bye again scale. It was not nice knowing you and it was not nice seeing you again. I’m not going to try to be polite about it.

How do you feel about being weighed at doctor’s appointments?

Have you ever done something that you knew carried a risk of hurting you (mentally or physically), but you did it anyway?