Whale of a Time

I had so much fun at Saturday’s Boston Rose Cruise (check out Kat’s recap too!) – a whale-sized (aka large) amount of fun. Not only did Kat come to Boston to join me, my 90+ Cellars co-workers, and Eventbrite ticket-buyers for the three-hour Rose-only all-pink-wearing boat cruise, but my mom, sister, Greg, and Jen did as well! 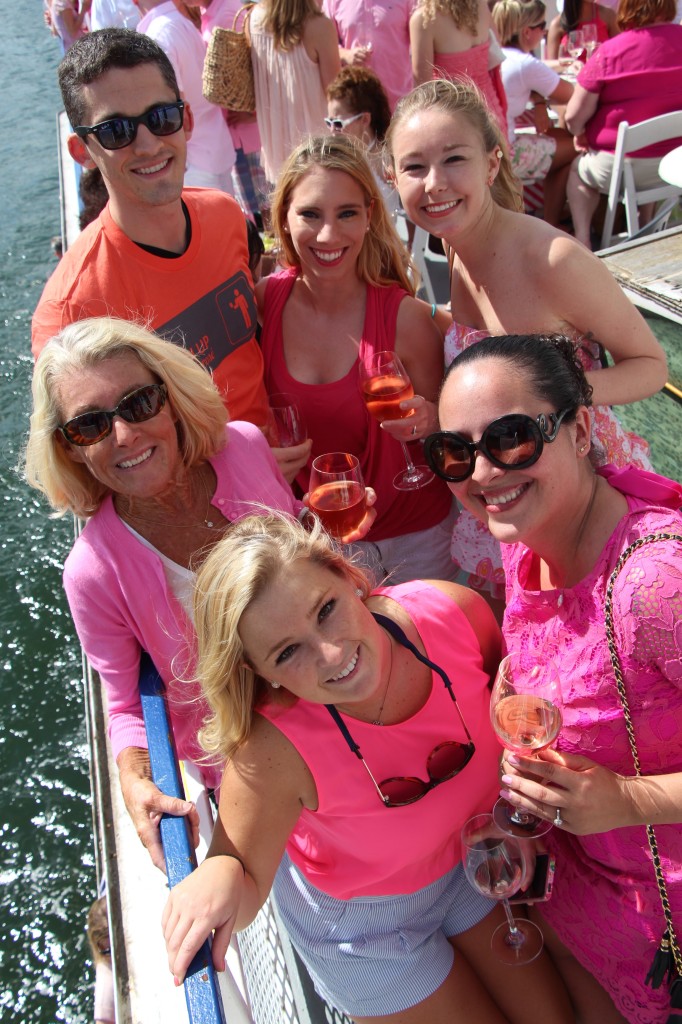 MY PEOPLE! (Photo by Sean Fowler.) 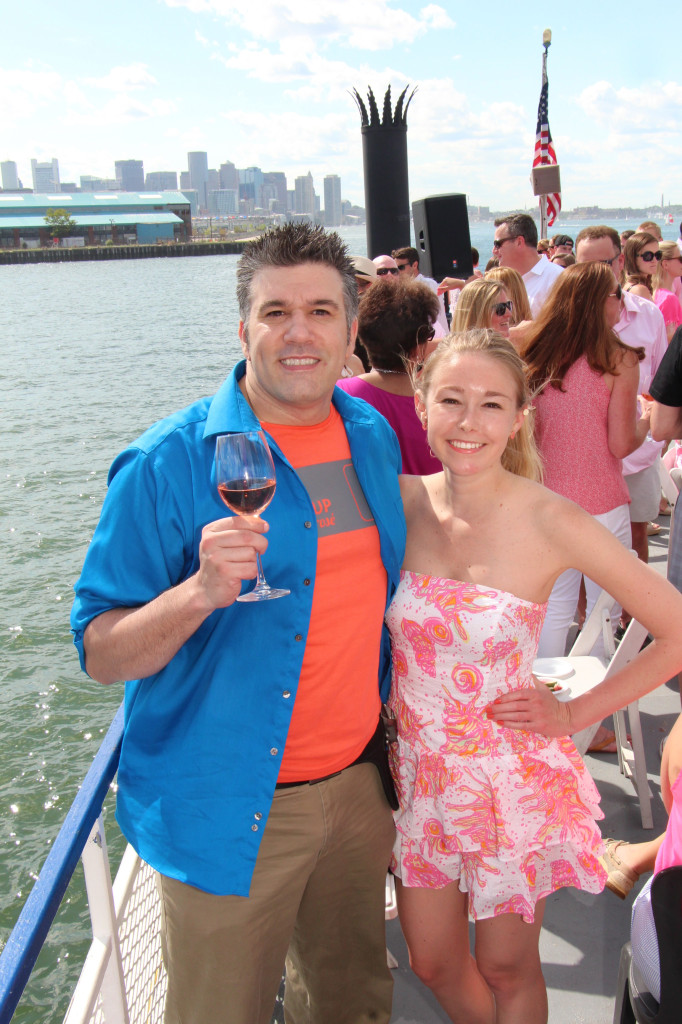 My CT-event-friend Sean was kind enough to come photograph the cruise – even though I asked him less than a week prior. His work turned out marvelous as usual! (His photo.) 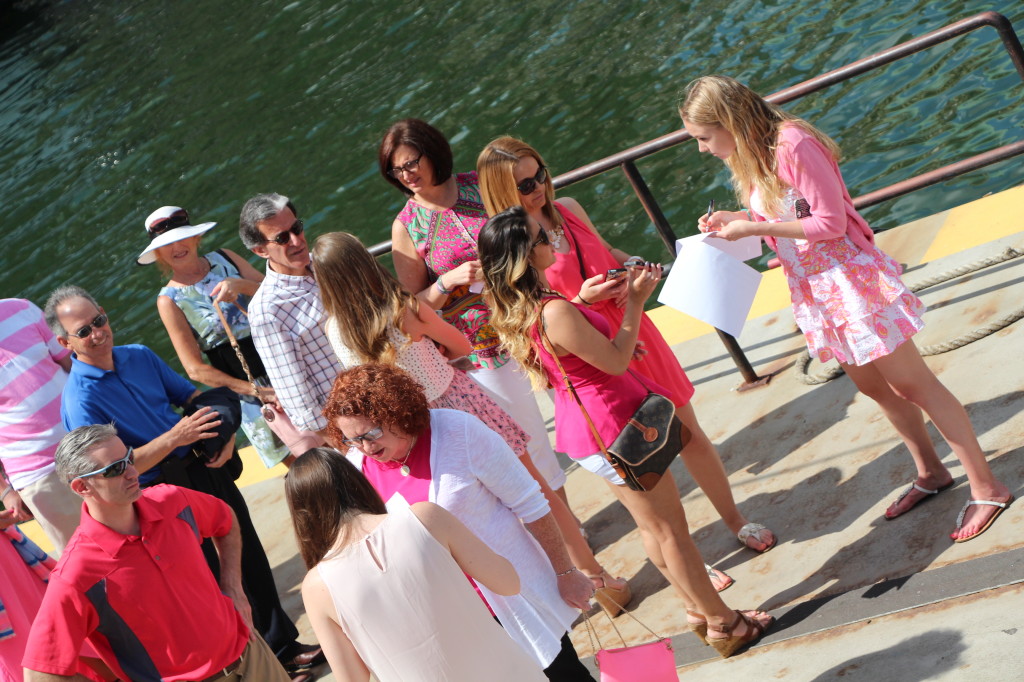 Checking people in as they boarded, all official like. (Photo by Sean Fowler). 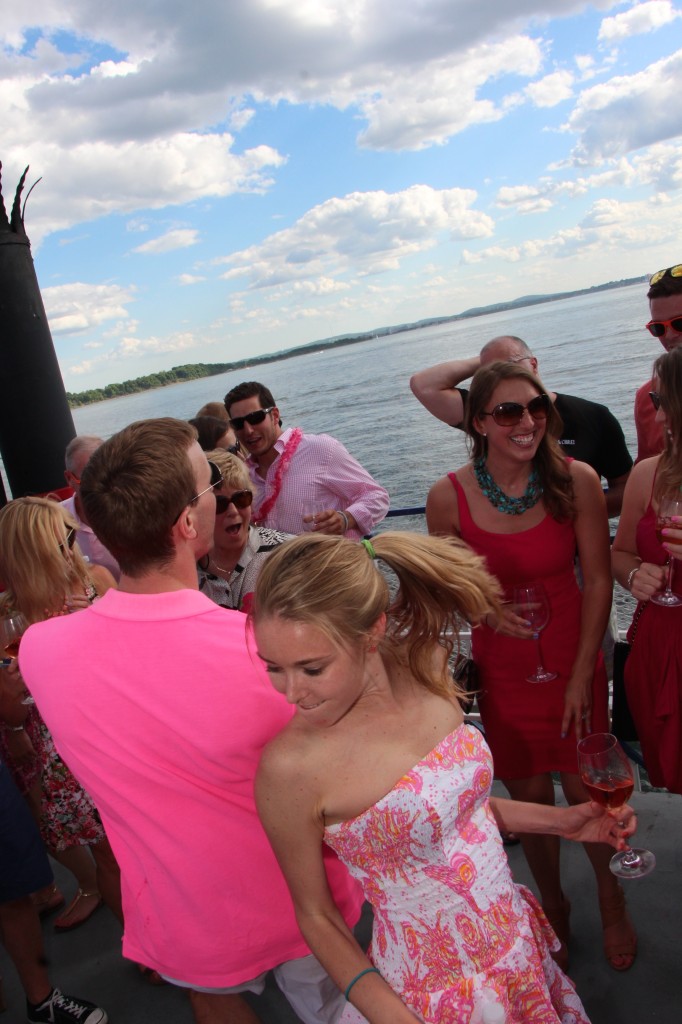 Hmm yes this is me breaking it down with my co-worker’s fiance, but it’s fine, she’s right there. (Photo by Sean Fowler.) 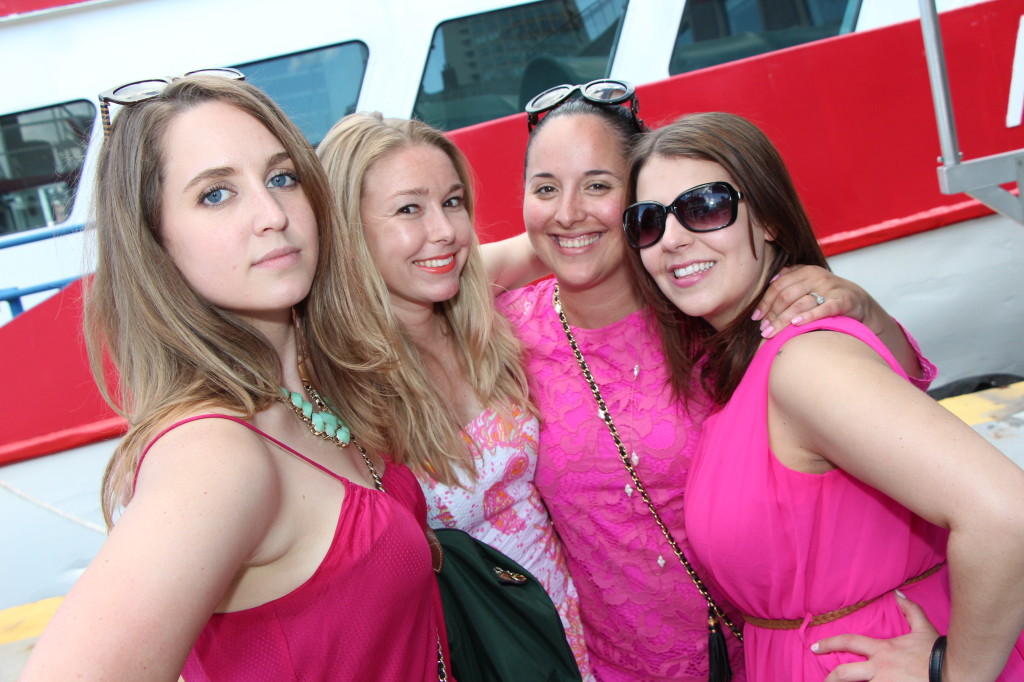 I owe Jeannie thanks for this photo turning out well, because it was taken just after she reapplied my lipstick for me. (Photo by Sean Fowler.)

So I had a wonderful time, but I also struggled throughout the day in terms of how I felt about my appearance. My dress felt tighter than when I’d last worn it (during my March Mexico trip), and I kept mentally flipping back to a photo of me in it from the same trip. So many of the girls on that boat looked so small, so skinny, so svelte. I didn’t feel like I could compare to them, and that I only would get further and further from the point they were at. I essentially just felt like a whale. No, I am not saying this to fish for compliments. In fact, it feels extremely uncomfortable to admit because this was a fabulous event, I got to see so many loved ones, the work I put into the day was a success…and here I am complaining? 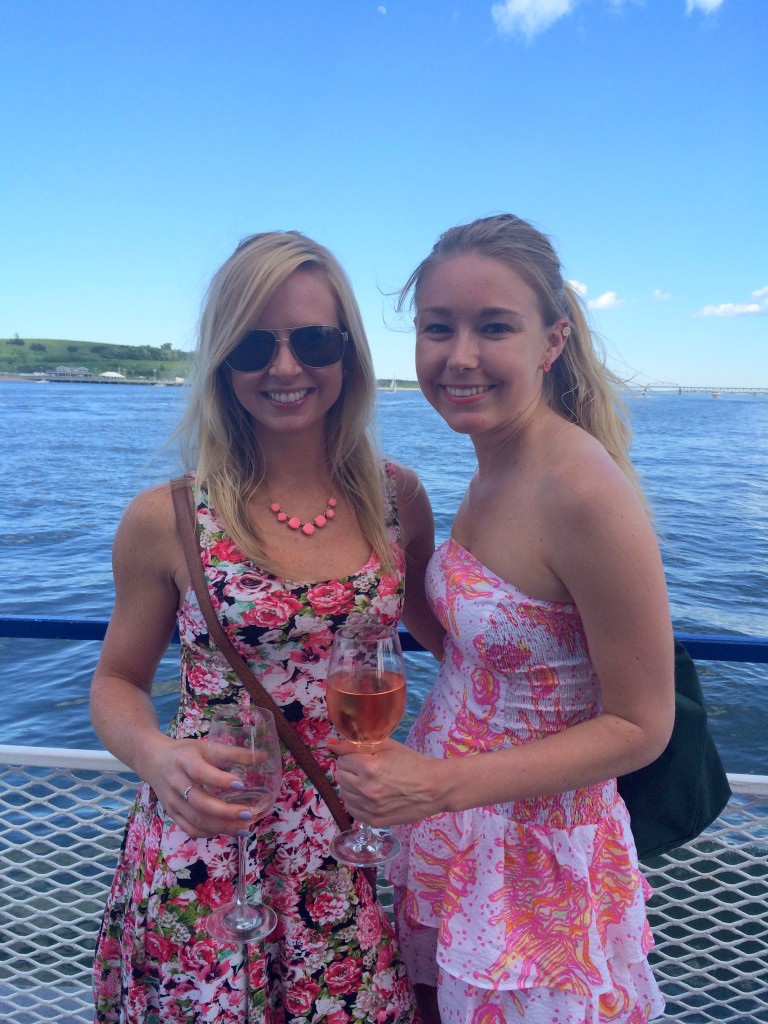 For example, my arm here is not my favorite, just because I am not used to looking at photos of me and not seeing stick arms every time. I’m comparing myself to a former version of…myself.

After the cruise ended my “group” went to Tavern Road for the after-party, and everything sort of came to a head for me at that point. I ended up standing outside of the restaurant sobbing into my mom’s shoulder, so yes I was that girl crying on the streets of Boston wearing a Lilly Pulitzer dress. I just felt SO unattractive, and like such a failure because of the way I felt I looked. I only could see my former body, the way I looked one or two years ago, in my mind. And that is all I could compare myself to. 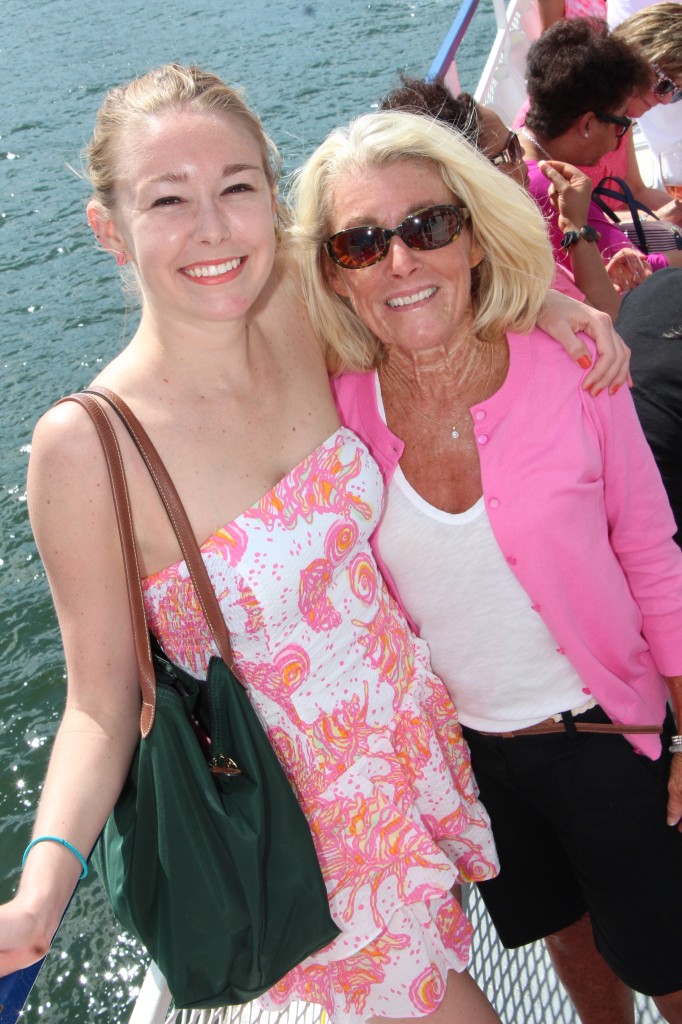 Me and my main woman – my mama! (Photo credit to Sean Fowler.)

It felt good to get my cry out though, and it was almost better than keeping everything bottled up. Thankfully I was able to rally, enjoy some delicious seafood and a glass of sparkling rose at Tavern Road, and head back to my apartment with Kat. We called it an early night (for a Saturday) and during our cab ride back, she gave me a really great pep talk. It’s just nice to have such a close friend that I can see for the first time in weeks and we never skip a beat. She knew what I needed to hear, she knew just what to say, and she didn’t mind saying it – though she’s already said it to me in the past.

Didn’t plan to wear Lilly but obviously we both did.

I ended up feeling better the next day, especially after I said farewell to Kat/Hannah/Mom and went for a nice three-mile half marathon training run. Not only did that run make me feel strong (it was so hot out so finishing it felt all the more kick-ass), but I ended up not missing any of last week’s four runs, like I thought I might. Taking Friday off from running so that I could let my sore legs rest was such a great decision, because I got through Saturday’s and Sunday’s runs without a notable struggle (there is alway some struggle, but that’s what makes running feel pretty darn good after the fact). 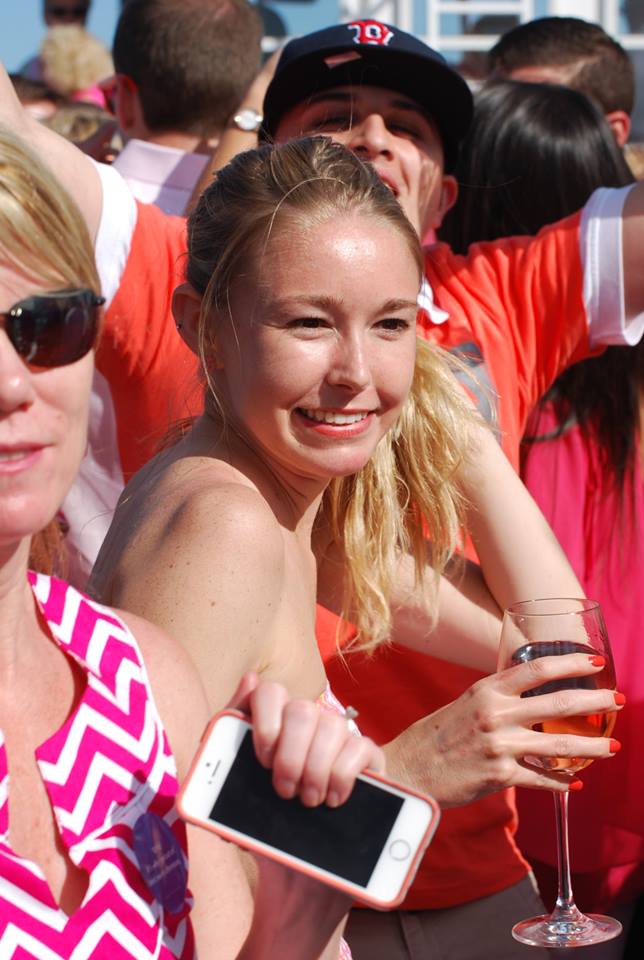 How I feel while I run. (Photo courtesy of John Troy.) 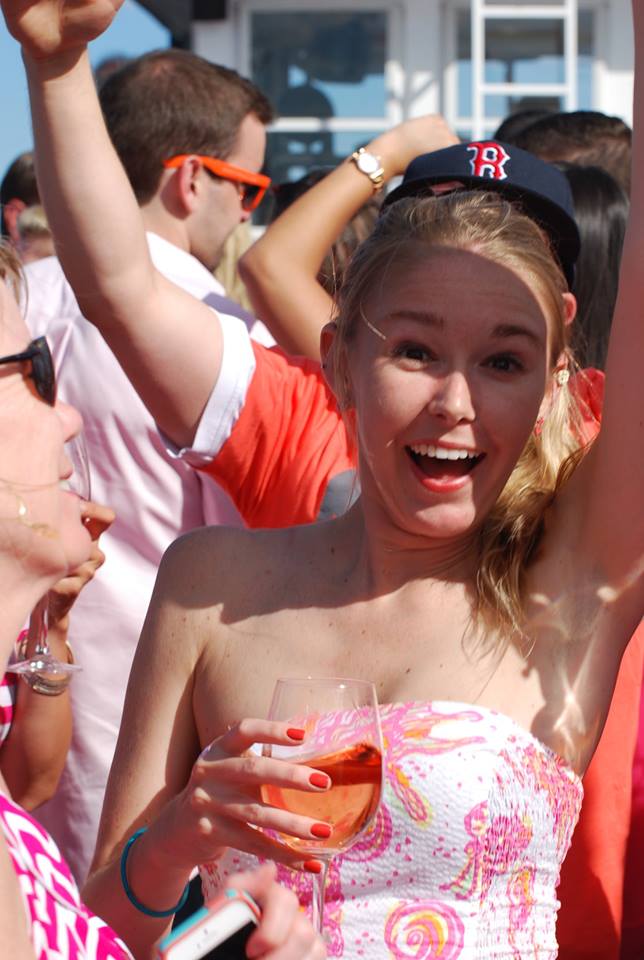 How I feel after I run! (Photo courtesy of John Troy.)

I know that I could not have trained for a half marathon a year or two ago, because I was not fueling my body well enough. I know that if I was living life the same way as I did a couple years ago, I would not be having nearly as much fun in Boston as I am. I know that I should be proud of what I have achieved. I know all this. But dammit, often times feeling like a whale trumps everything I know. 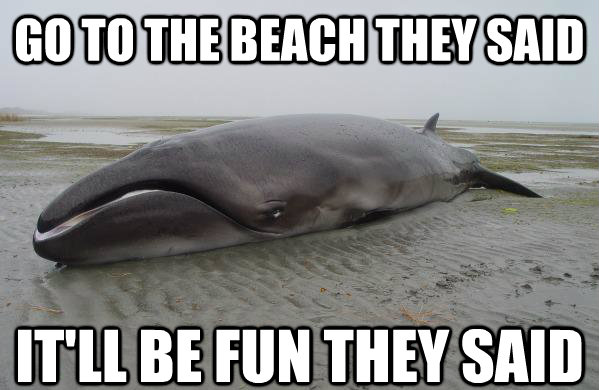 I’m so torn between trying to change my lifestyle and trying to be more comfortable in my own skin. I have a big weekend coming up (visiting friends in DC) and I’m already anxious about “piling more on”. But I’m just going to keep on with following my half marathon training and the 30-day ab challenge, because following both has really been very satisfying to me, and hope that it helps me feel better and appreciate all that my body can do now.

Some reading this may think I’m nuts, ungrateful, conceited, and/or shallow. That’s fine. This is how I feel, and it didn’t feel right to share photos from a truly fabulous Saturday event without also sharing the other side. Sometimes it may seem like I “do it all”, but doing it all is not easy. Not even close.

Do you ever sometimes have “whale” or “fat” days?

Have you ever attended a “pink-out” event?

Are you a Rose wine fan?