Half Marathon Training: Lessons So Far

So it’s been almost two months since I signed up for my first half marathon – the Zooma Women’s Cape Cod Half. And I’ve been excited to write a post about what I have learned so far during training, and my experience overall with running more than I ever have before!

Training for My First Half: What I’ve Learned (So Far)

1. Following a training plan makes it (mentally) easier to rest. I haven’t gotten to the point where I can take more than one rest day a week, but for someone who has previously gone as long as a month without a day COMPLETELY off from exercise, this is a big deal. I have been able to take a rest day almost every week since I started training. And I mean real rest days. Not rest days that are actually just days I don’t do cardio, or days I “only” do abs. I’m talking days I don’t do anything except my usual walking around Boston. Seeing rest days on the training plan I’ve been (loosely) following has made it easier for me to tell myself that it’s OK to rest. So has feeling like my rest days have made the long runs done on the day FOLLOWING my rest days easier to push through. It is now mentally normal for me to take one rest day per week. I can’t remember the last time that happened! Not that it’s totally easy, but I’ve been doing it! I’m thankful that I have realized this because I know it’s important if I want to prevent something like an injury – or taking steps backwards in recovery. 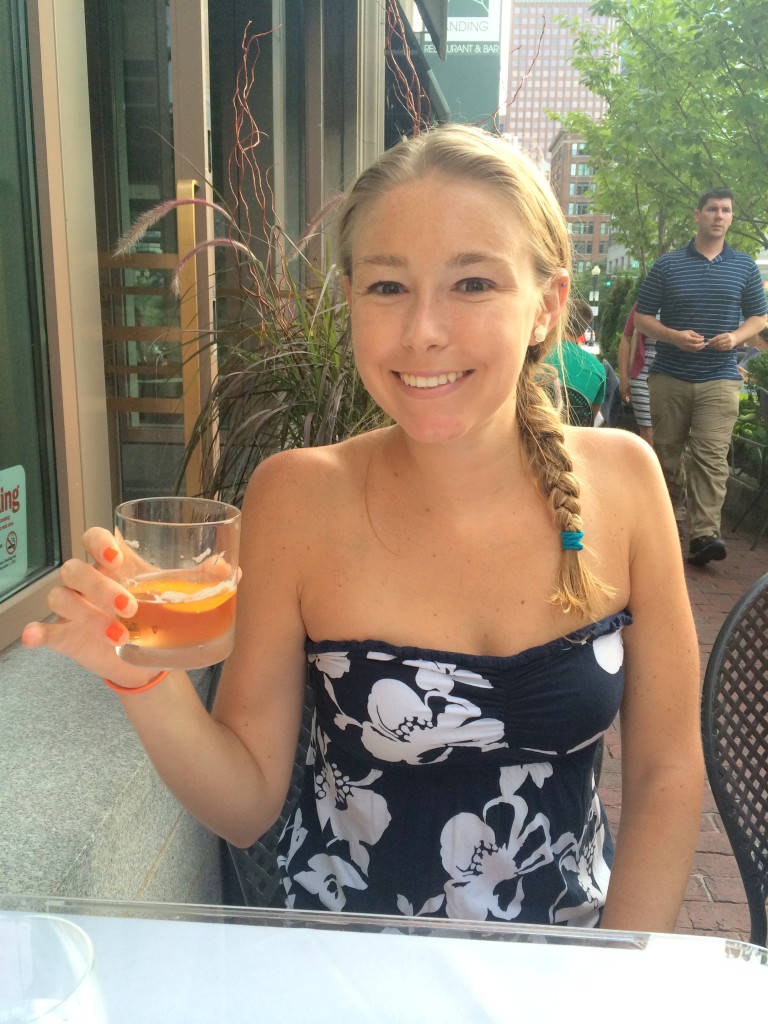 I definitely enjoyed this past Thursday’s Sazerac more knowing I planned to take a rest day the next day!

2. Food REALLY is fuel. I have had some REALLY shitty runs and you know what? I can attribute almost every single one’s shittiness to underfueling. This is most challenging to me during morning runs. I never have much of an appetite in the morning and don’t like eating right before I work out; I tend to need some time to let my food “settle”. During morning workouts I’m either waking up before work and want to sleep as late as I can, or it’s the weekend and I wake up and want to just get going. I’m not a good morning fueler. That’s why I really try to do most of my runs later in the day…but on weekends, they’re either morning or they aren’t happening. And sometimes I just need to run before work! Again this is another lesson I’m glad I’m learning, but it’s not fun to learn when I end up not running as well or far as I’d hoped because of something that’s my own “fault”. 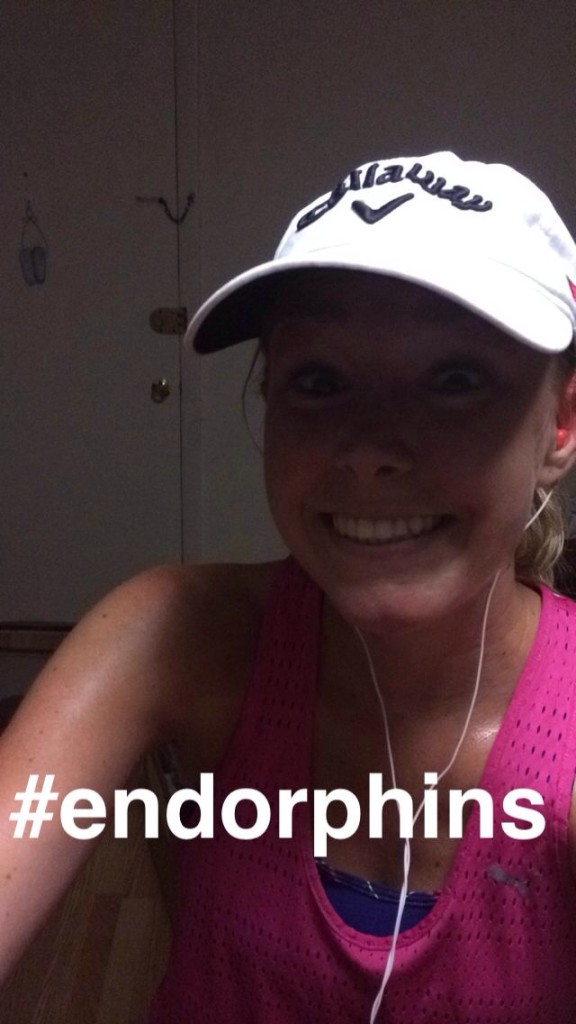 And then I miss out on these moments!

Oh, and CARBS are great fuel for running. I know this because I have been craving them nonstop since I started running more. In all forms, but bread and beer in particular. Carbs have always been my #1 “fear food group”; I remember in the worst of my eating disorder, I’d go several days without eating any carb except those found in fruits/veggies. The fact that lately I’ve been honestly eating more carbs than I have in a few years shows that I’ve made some huge strides. Oh, and my body has not drastically changed, so take THAT irrational thinking.

I’ll drink to that.

3. Sneakers matter. A lot. By now I’ve heard this SO many times that I really shouldn’t be that surprised, but man am I surprised by how much sneakers matter! Any time I’ve worn a non-running-specific sneaker for even a quick run, I can definitely feel it, especially in my left shin. When I wear any of my sneakers that are designed for running, I feel a lot better during and after. I was going to invest in a new pair, but then I was contacted last week by JD Sports with an offer to review a pair of shoes and their site. Um, holy perfect timing! I said YES PLEASE so I’ll be posting a review soon, but the sneakers only just arrived yesterday and I haven’t worn them yet. I’m waiting til tomorrow’s run, which will be around 3 miles, because I want to start them off on a shorter run to break them in.

Thankfully I have a couple blends with experience working in running stores, and they recommended some Asics. And hey, there’s some pink!

4. Training has altered my perception and made me harder on myself. Suddenly the standard 5K distance I used to run whenever I DID run is never good enough. Suddenly the 5.2 miles I ran last night is “only” 5.2 miles. Every long run distance I accomplish now makes every distance less than that not enough. This is all in my head, I know. But I can’t help but think this way. I have to constantly remind myself that every distance I run is something. Every mile I log is one more mile in my books than I had previously, and every run (no matter the distance) is preparing me for this half!

And man, even a 3 miler can make me feel like a beast when it’s done in humidity.

I also have to struggle not to compare myself to others I see out while running. When I run by the Charles River, I tend to encounter many other runners. While this makes me feel like I’m part of Boston’s running community, it also leads me into comparison traps. Whenever someone passes me on the trail, it immediately gets to me. Whenever I see someone run in the opposite direction of me at a quicker pace than mine, I feel like they’re judging me. Again, I know it’s all in my head! I try to combat these thoughts with reminders like, “You don’t know how long they’re running on this run/how many miles they’ve logged this week/how long they’ve been running over their entire life.” That usually does the trick, but man is it annoying to even have to deal with those thoughts, when really I wish my first instinct would be, “I feel kickass to be running alongside someone talented like him/her!”

5. No, I haven’t fallen in love with running. I often get asked, “Are you addicted yet?!” or “Do you love running now?”…mostly by people who, well, love running. The answer is no. I miss my spin classes. I miss my frequent bootcamps! But what I am in love with is having a goal and working toward it. I seriously picture that half marathon finish line that I’ll see on 9/27, and that’s what gets me through my runs…not loving running.

Can you relate to any of these running-related lessons?

Do you love the act of running, or the goal-setting involved in it?