A Marvelous Take On Tradition

I went home to Connecticut this weekend so that I could my dad, sister, and I could head to New York City for our annual holiday trip! But due to some unforeseen circumstances, we never made it there. I’ll explain in a sec but will also share up front that everything ended up turning out marvelous!

Link up with Katie if you’re sharing marvelous today!

I started my weekend with Friday night out in Hartford, because I drove home late that afternoon. Kat and I went to dinner at Front Street’s location of The Capital Grille (more on that in another post next week) followed by the Nutcracker Suite & Spicy after-party at NIXS. As usual I ran into a ton of CT event circuit friends and it was so great to see them all. 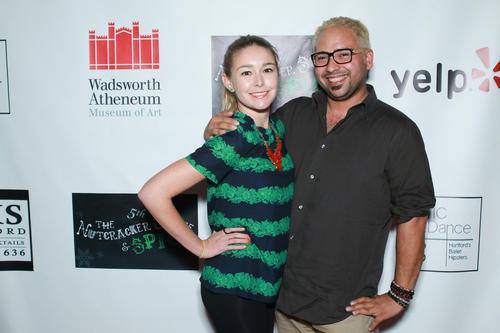 Me and the newly-blonde Jonathan! 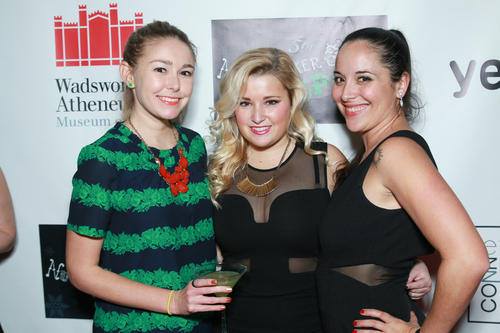 Look who came out too – my sister Hannah!

We had a wonderful evening but it also involved a few too many drinks, since we planned to take an Uber home…and Onyx signature cocktails were included in our event admission. That combined with ice outside and high heels was not a good combo for poor Hannah, who took a tumble outside…and chipped a bone in her elbow. 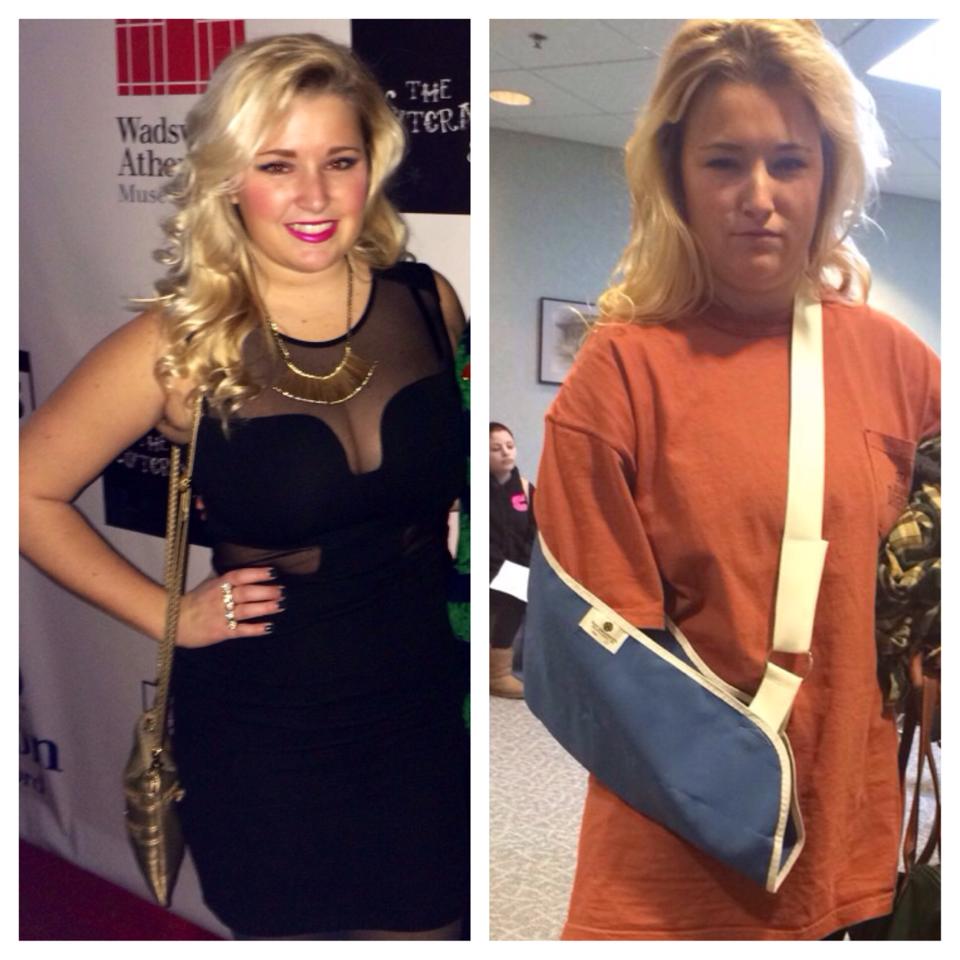 Not the ideal before and after…

So instead of waking up Saturday morning to work out and then head to the city, I woke up hungover and found out that our departure would be delayed so that Hannah could head to an urgent care clinic in time for its noon opening. And I could tell that both Hannah and my dad thought there was no point at this point to going to NYC. They were right, but between the sudden change of plans, my hangover making me remember how much I drank and how many french fries I ate when I got home, and the fact that I decided not to go to the gym even though I had intended to…I was upset. I know that it was of course not Hannah’s intention to injure herself, and she was in pain, and everything certainly sucked for her. I felt mad at her, yet knew I couldn’t be mad at her. So I just took some time to myself, took a steaming hot shower, got ready as if we were still going to the city, and went to Whole Foods while Dad took Hannah to the doctor. By the time he came to pick me up and let me know Hannah was in X-ray, I had done my best to accept that I wasn’t going to work out that day, there are worse things than not going to New York City, and I had no reason or right to be angry with Hannah. 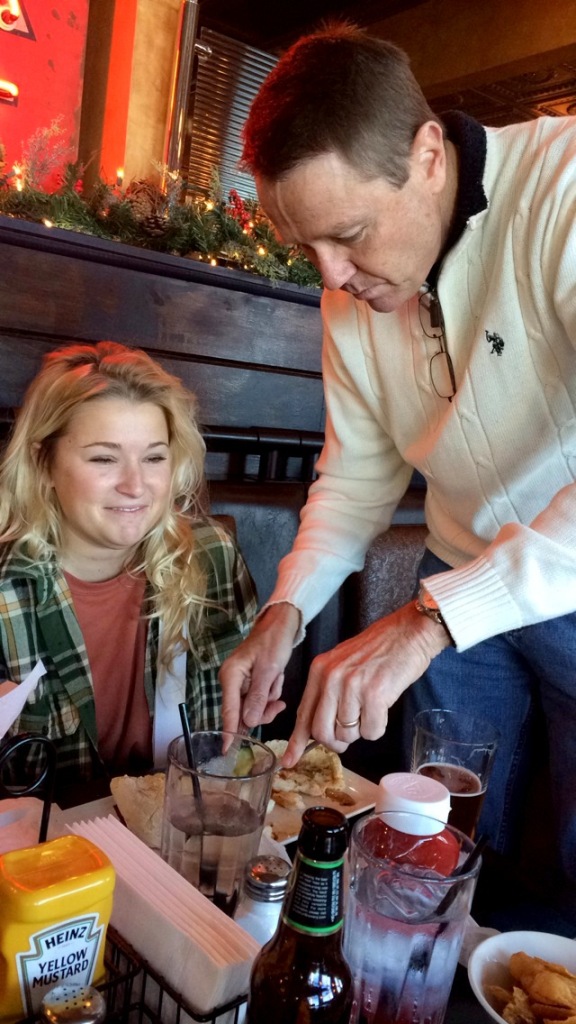 Girls in a sling can’t cut up their own burgers!

After the doctor we went to Plan B for late lunch (a snack for me…and a Stowaway IPA, which did wonders for my hangover). And while we were there, I was approached by a waitress. She wanted to tell me that she reads my blog and really likes it! I was so excited to hear that and thanked her, and then she said that she thought I was really brave for putting it all out there, and that it “gives people a lot of hope”. Well, wow. Suddenly I felt silly for worrying about drinking too much the night before and subsequently taking a spontaneous rest day. Suddenly it seemed like there were a lot more important things out there. So if you’re reading, I want to say thank you so much for saying something so special to me, and at the opportune moment too! It meant the world.

Anyway, Dad suggested we not let the weekend become a total wash. Why not take our father daughter tradition to Mohegan Sun? At first I couldn’t see any plan other than NYC being fun. But I always have a great time at the casino, especially with my family. No the casino doesn’t have the Rockefeller Center Christmas tree or TODAY, but it did have its own smaller tree, awesome food and drink, and one thing NYC didn’t have…gambling! 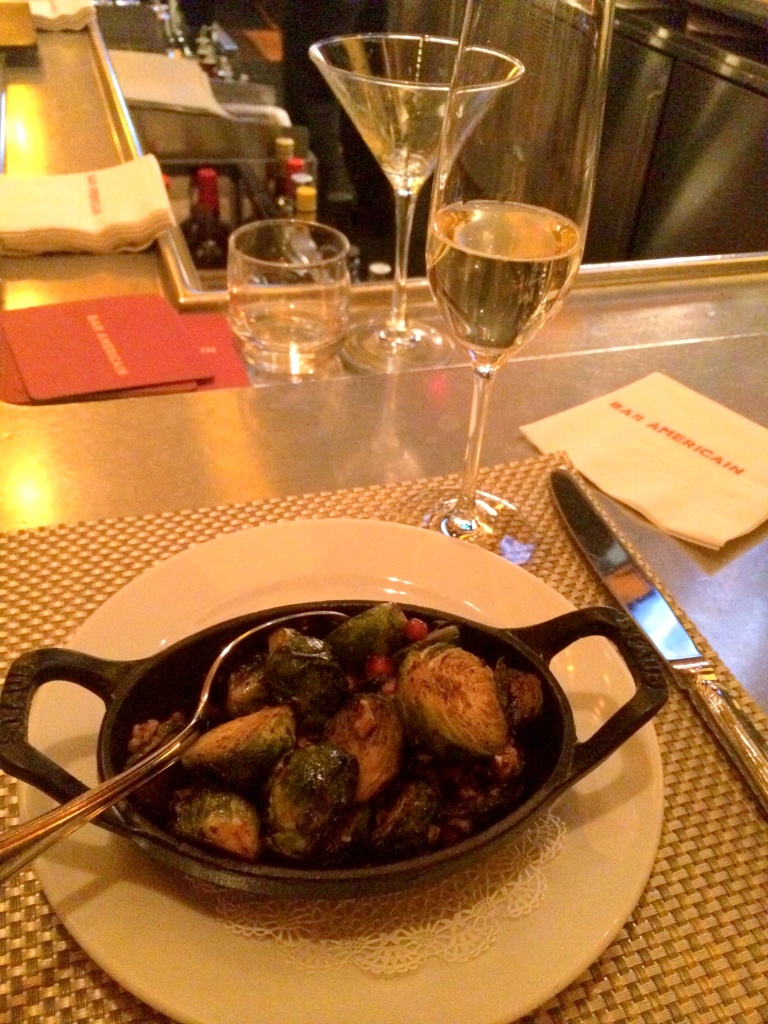 I always love getting drinks at Bar Americain, especially if they’re paired with Brussels sprouts!

I actually ended up winning $5 thanks to a combo of video poker and craps. Hannah and I had drinks at Bar Americain (and a snack for me – see above) and then after an emergency Sephora trip for red lipstick, reunited with Dad for gambling. We later had a very late dinner at Tuscany, which as usual was awesome!

I selected Willamette Valley Vineyards Pinot Noir for us to start. I always go for their wines when I see them on a menu.

I got very full at dinner because my dad couldn’t finish his flatbread and Tuscany’s bread with olive tapenade and white bean hummus is addicting! I went into food coma mode, so we headed back to the hotel to get in bed (and so I could take off my pants). 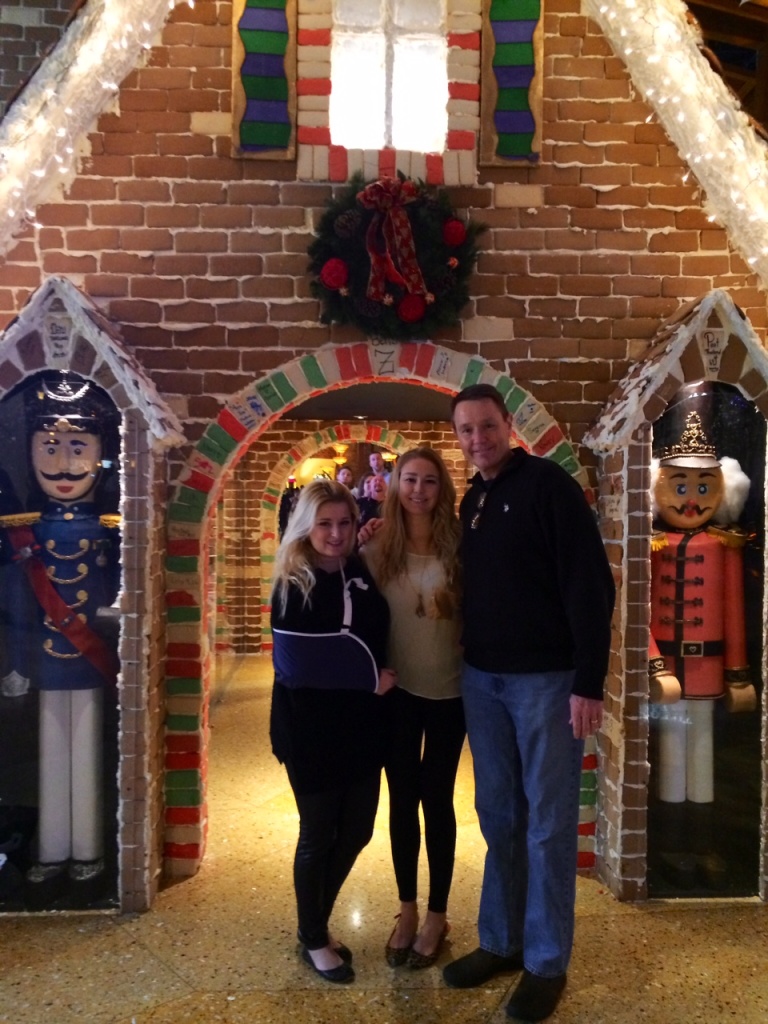 It’s no tree, but a REAL giant gingerbread house adorned with two nutcrackers is pretty awesome too! 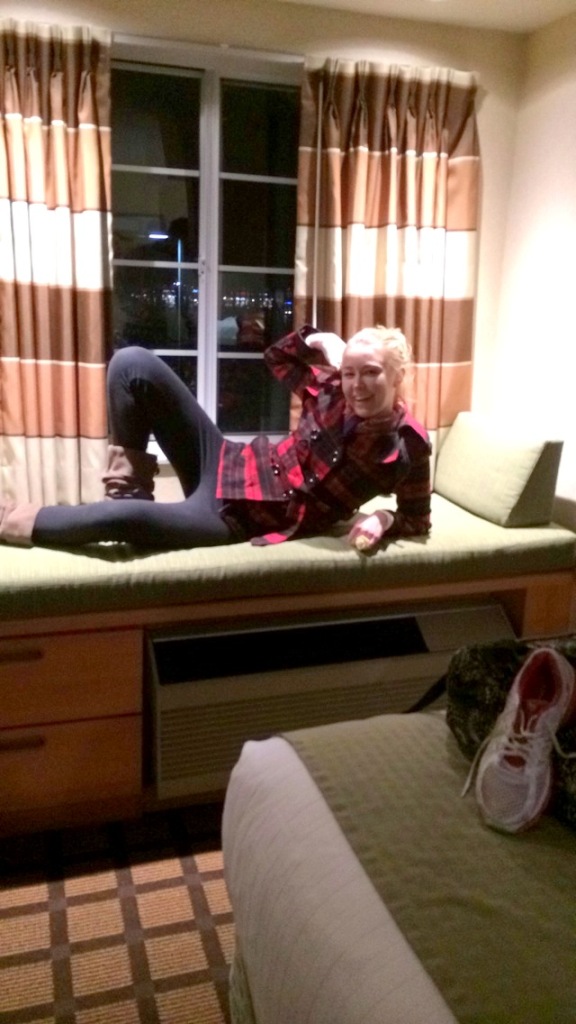 Our hotel had this funky lounge area on the windowsill, complete with overhead lighting. I felt the need to cheese it up.

So all’s well that ends well. I had a great time with my family, and we made the best of our situation. I ate and drank what I craved and wanted, despite taking a spontaneous rest day. NYC will be there next year. So will Mohegan Sun. Who knows what will happen next year? As long as I get to spend time with my family during the holiday season, even if that time isn’t what I originally planned, then life is marvelous.

Has a sudden injury ever derailed some plans for you?

Have you ever had to make modifications to a tradition?