Thinking Out Loud: Blizzard of 2015

Thanks everyone for your encouraging comments on Monday’s post! It was really something I had to get out of my mind and onto virtual “paper”. I’m still struggling with those voices today, and that will be part of this post. But I’m also mixing it up, so it calls for my first Thinking Out Loud Thursday in awhile. Always a great excuse to ramble.

Link up with Amanda if you too are rambling, I mean thinking out loud, today!

1. After last week’s satisfying post-sickness gym trips, I am disappointed to say this week has not been as great. First I woke up Saturday extremely unmotivated, so I just did some yoga. The big old blizzard cancelled my favorite Monday 6pm spin class, which I was REALLY looking forward to. I did go to the gym to do the stairs and some legs/abs, but it just didn’t feel as satisfying. Then the blizzard kept the gym closed altogether on Tuesday…and there’s something about a snow day that makes working out at home seem particularly unappealing. So, I just did this She Rocks Fitness workout to tell myself I did something. And then last night I went to Total Body Conditioning, which is usually bootcamp style. But this instructor taught a Group Power/Body Pump style weight-lifting class. Some days this is satisfying to me. But despite my hamstrings still being super sore from Monday’s legs workout, and despite my heart rate getting up during several points in the class, I still left unsatisfied. I felt as if I had to do cardio to make up for the cardio-less days I’ve been having lately. But I knew also that doing cardio purely to burn calories and fall prey to the ED voice was not productive, so I went home and distracted myself with doing laundry.

2. The Blizzard of 2015 came and went, and I actually…enjoyed it? OK, so spin was cancelled and the gym was closed. But living in an apartment building (with no driveway I have to shovel) and am not dependent on my car (which I will still have to dig out this weekend, but that’s a problem for future-Caitlin) to get around. I was able to work from home, which meant I got to watch The Great Gatsby (FINALLY) and copious amounts of SATC while still managing to get a TON of work done. I didn’t even go without coffee, thanks to my foresight…I stopped at Starbucks after the gym the night before, and grabbed a venti iced coffee to put in my fridge for the next morning. Waking up with iced coffee waiting for me in my fridge is something I could get used to. Honestly though, I guess this face was a tiny bit distracting. Oh what a perfect human being.

By early evening I was going stir crazy, so I met up with some friends at one of my favorite local bars, Harry’s. What is it about being in a bar while it’s snowing that is so fun? Probably has something to do with the beverages, the pub food, and the fun with Snapchat stamps. 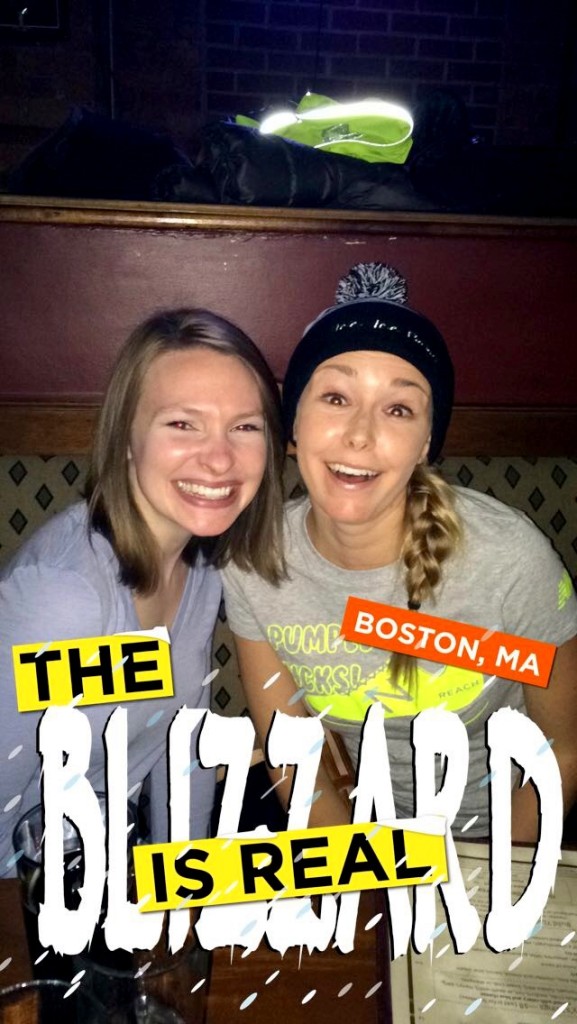 3. Tuesday night’s sleep was rough. Because I woke up and couldn’t return to sleep for a couple of hours, thanks to major guilt over my blizzard-bar outing. I listened to NPR, and even returned to my Gabby Bernstein meditations. But it was hard to shut off the voices in my head, or ignore the feeling of my thighs touching as I laid in bed (damn that feeling has been getting to me lately). Thankfully I already had permission to get into work an hour later than usual so I wasn’t as tired yesterday as I would have been on a normal day. But still, I’m pretty over all of these mental consequences after I do anything fun. People my age go to bars during snowstorms, eat waffle fries, and drink. I don’t think there’s anything abnormal about that. 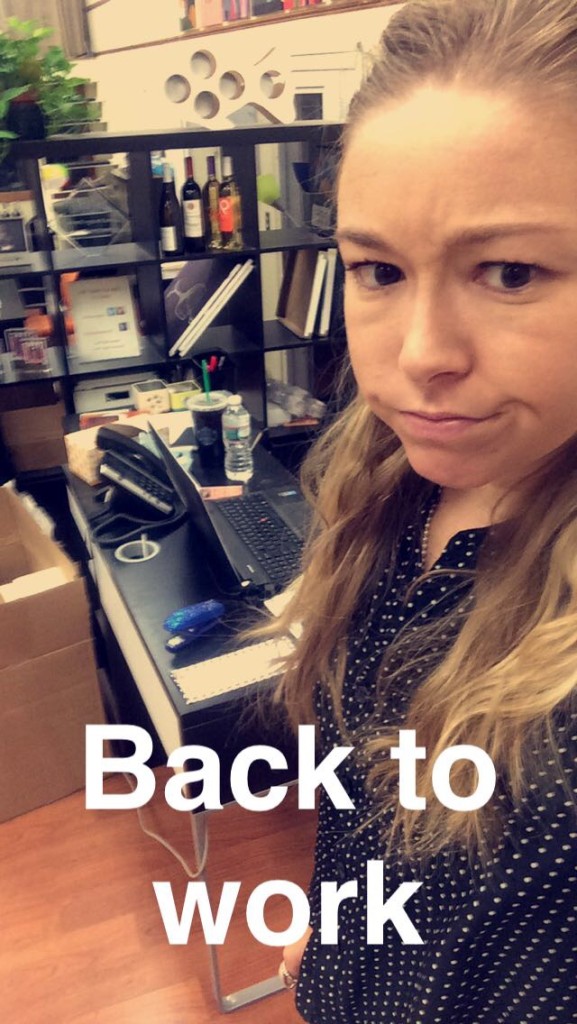 Yesterday morning when I “touched down” at work…notice the tired eyes and ever-present coffee.

4. I encountered a sliiiight recipe fail this week, but all turned out well in the end. I attempted to make a “lasagna” style dish using zucchini instead of noodles – inspired by this recipe. It didn’t go exactly as planned. First of all, I didn’t use enough sweet potato or Lightlife veggie crumbles for the amount of zucchini slices I had. 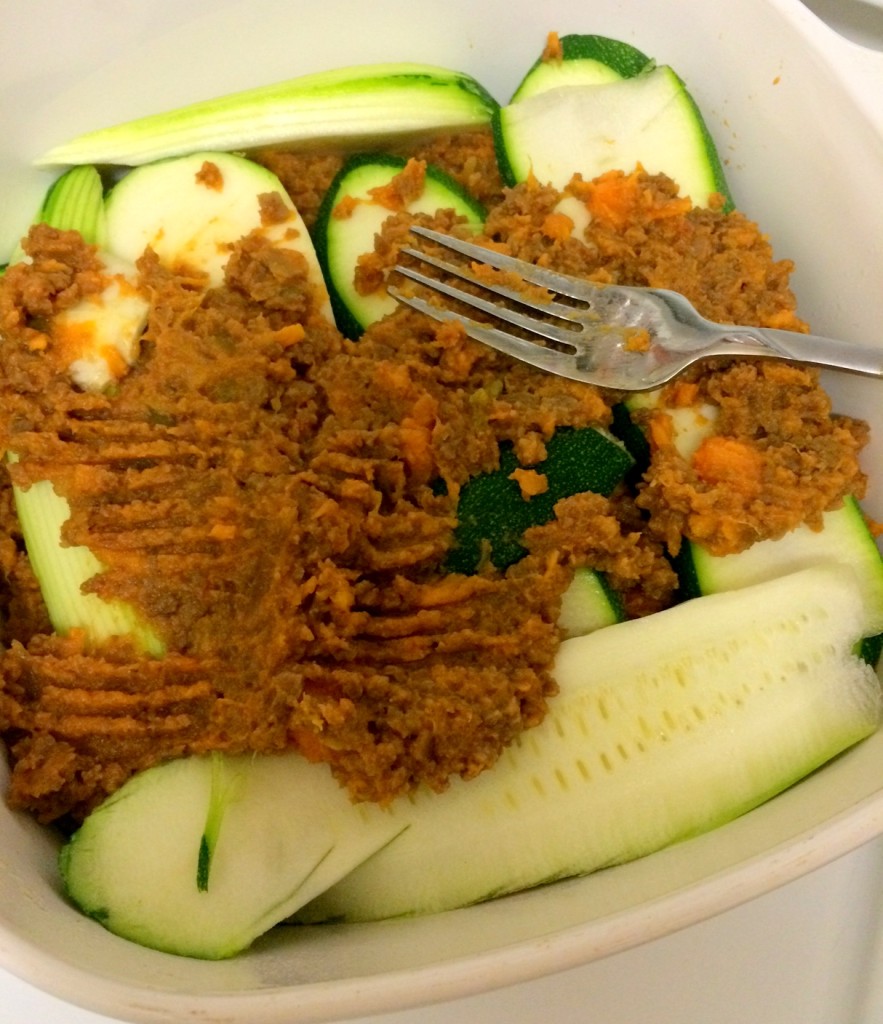 Once baked in the oven for awhile, the sweet potato on top got nice and crispy, and this dish definitely served me well over a few nights. But, the veggie peeler I purchased at TJ Maxx to use to slice the zucchini ended up not being a veggie peeler at all, and I had to use my knife. A bit treacherous, but it worked. And the good news is…it turns out I bought some sort of doo-dad that makes zucchini strips. So, now I can make some of those zucchini “pasta” recipes I’m always seeing!

5. My car battery died on Sunday and I naturally soothed my anxiety about spending money to replace it by spending more money. I’ve been looking for a hat like this for awhile but never found one cheap enough (I know I won’t wear it often). Thankfully I decided to pop into the Urban Outfitters around the corner from my place, and found this one on sale for $20! 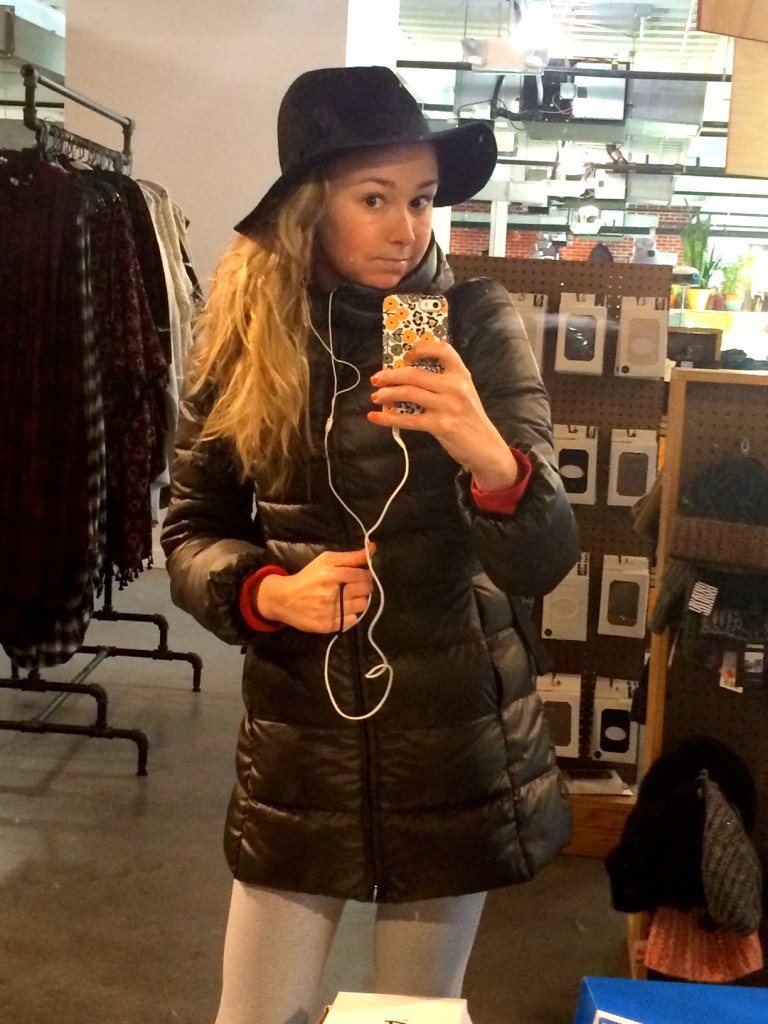 6. After reading/loving J. Courtney Sullivan’s Commencement, I picked up her novel Maine from the library. Um, can’t put this one down either! I cannot recommend it enough. 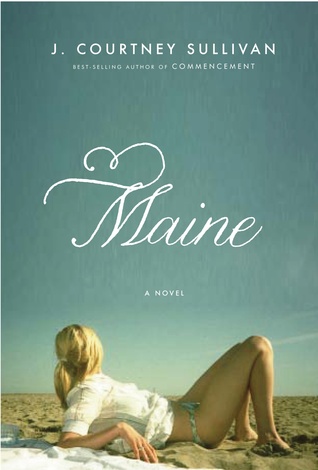 7. Lesson number I’ve-lost-track that I’ve learned in “adult life”: Toilet paper is one of those things where buying the cheapest option is not the answer. And now I’m stuck with twelve rolls of the crappiest toilet paper of ALL TIME.

Alright, time to go because Empire just started (writing this post on Wednesday night), and it commands my full attention.

Were you affected by the Blizzard of 2015?

Have you ever had a partial kitchen fail?