I Would Trade WINTER.

I’m blogging two days in a row thanks to working from home. I refuse to thank the thing responsible for me working from home…snow. Winter. Freezing temps. Huge messes. That’s because I would rather work EXTRA than have winter stick around and keep acting the way it has. So I’ll start Trade Em Up Tuesday with that – I would absolutely trade winter.

I would not trade…this incredible tempeh and black bean casserole I had for dinner last night. There was not a lot leftover, despite my plans for it to last me 2-3 dinners this week. I’m so glad I chose to use corn tortillas instead of flour. So much more satisfying!

I would trade…snow cancelling my favorite Monday night spin class. No matter what workout I do instead (thank goodness the gym was still open), I just never feel satisfied enough when I miss a planned spin class!

Meh, at least I made it to the gym, right?

I would not trade…finally finishing Breaking Bad and starting True Detective. Which, thanks to all this time snowed in, I’m almost done with! It’s definitely a creepy show for a girl who lives alone to binge-watch, but it helps that Matthew Mcconaughey is pretty to look at. I also finally get those Lincoln commercials…and here I thought Lincoln came up with the idea for Matthew to drive a car around spouting out philosophical things. I would trade…feeling uninspired at the gym lately. I really do think I want to sign up for a second half marathon in the fall, and I’ll train over the summer. But that seems FAR far away, and I need some sort of goal to motivate me to work hard at the gym when I’m don’t have group fitness classes to push me. Annie suggested picking out an AMRAP workout and trying to increase the amount of reps I can get in, or picking out a workout for time and trying to decrease the amount of time it takes for me to finish it. I’ve picked out a few candidates on Pinterest but am always open to suggestions – anyone have any AMRAP or For Time workouts you like? I’m digging this one from Tina!

I would not trade…live tweeting the Grammys. Though the show was too slow-paced for me, I always love live tweeting awards shows! I came across a lot of gems, and am also still in disbelief that the Grammys had a whole segment on ending domestic violence after inviting Chris Brown and nominating him for awards. Ugh. 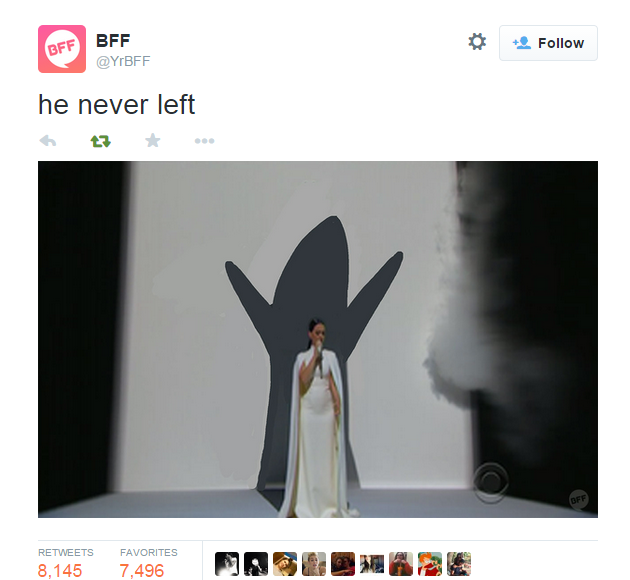 I would trade…all of my leggings being dirty. I guess this means I have to do laundry soon.

I would not trade…creating a team called Adios Pantalones for the Boston National Eating Disorders Association (NEDA) Walk! See, that leggings thing was a segway. Participating in the 2013 Hartford NEDA Walk was so rewarding and I never found one in Boston last year to fundraise for. But this year there will be one on Sunday 4/26, so I have started a team and have even already received some donations and recruited a team member! Anyone in the Boston area is welcome to join my team – just comment for the team password and I can email it to you. And any contribution you can spare is so appreciated. Last year my team raised more than $500 but this year I’ve set a team goal for $1000 and a personal goal of $500. I’ve been inspired by watching my friend Jeannie raise money for her Boston Marathon charity and really want to go for more this year! Click here to read more, join, and/or donate! 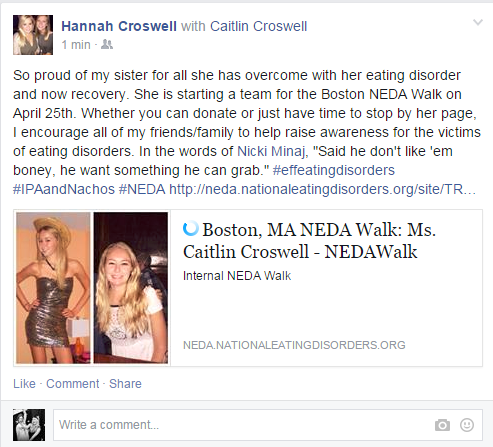 Off to watch more True Detective and get in bed to read. So tell me…

Have you seen that show?

How do you feel about this awfully snowy winter? Has it affected you?

Have you ever fundraised for a cause you believe in?