I’m coming off another weekend on the road, this one spent in Knoxville, Tennessee to watch my little sister Hannah graduate from the University of Tennessee! I am exhausted, and bummed that my work day doesn’t end until 9PM tonight, but am so also glad that I made the trip south to celebrate with my sister and see my family and our friends as well.

Despite the fact that I handled this Tennessee trip better than either of the last two I have taken, I still dealt with the usual anxiety over drinking more than usual, out-of-routine food, and working out less. However I also realized that I didn’t drink or eat a huge amount more than I would lately on a weekend, and the rest day I took was the one per week that I’ve gotten used to taking (and sometimes it’s two).

That in itself is perhaps a sign of progress in my journey to stop punishing myself via restriction and overexercising, but more so comes back to my concern that I’ve really been overdoing it lately and need to reel it back in.

I would be lying if I said my primary concern isn’t my weight and appearance. I still define so much of my self worth by how I look, and worry constantly about how others perceive me. I deleted a lot of the photos I took this weekend, but still continued to keep up with my family in terms of going out to eat or enjoying wine at my sister’s grad party, so had no more restricting on my side to make me feel better (as it would have in the past).

But due in part to the knowledge that I have many busy weekends coming up, and also just the way I feel right now, my concern is also running myself ragged and as a result, experiencing more anxiety upticks. My first instinct when I am tired is to feel gross and “fat”. The temptation to overexercise and restrict is there more than ever, but when I still don’t give into that temptation, I feel all the more worse about myself for being “weak” (even though it should probably make me feel just the opposite).

From a super-fun Absolut Elyx event almost two weeks ago…I was exhausted and a bit hungover after the Barcelona Wine Bar dinner, but I still went.

Life is full lately. I’m not cancelling plans because I’m afraid of the calories they may entail. I’m powering through commitments. I’m experiencing so much! But as soon as I consider saying “no” to an invite to an event, or passing up the chance to try a cool new restaurant, I second-guess that instinct. Am I doing it out of restriction? Am I hiding? Or am I really just exhausted? Yes, staying out late on a weeknight is spontaneous and not something I would have done a year or two ago. But going home even though I COULD stay out later, because I know the next day will be torturous if I am tired, is a kind thing to do. 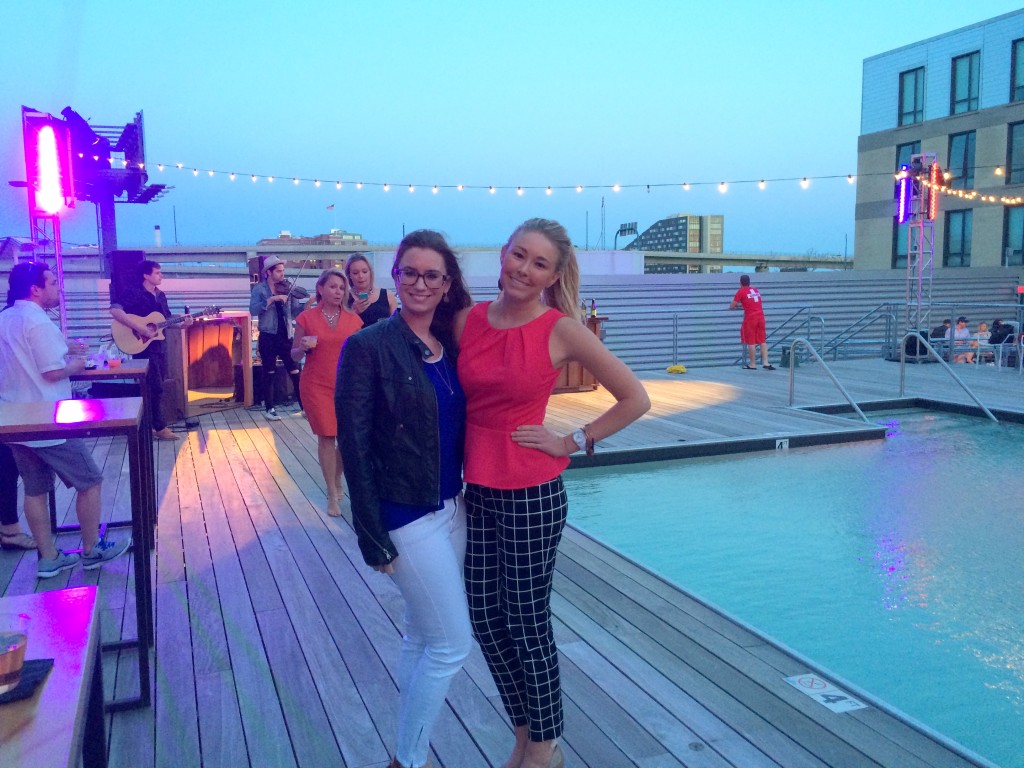 Despite the fact that I had a 5:45am alarm set on Thursday to catch my plane to TN, I still hit up a fabulous event on Wednesday night with my friends, and ended up staying out very late.

Last week on Monday and Tuesday night I got invites to go out for food and drinks, and after TONS of overthinking and back-and-forth debating in my mind (and in texts to friends and my mom), I ended up declining and staying in both nights. And both nights, I ended up SO happy that I had just said no. Though I still ended up catching my flight to Tennessee on Thursday morning running on 4.5 hours of sleep, imagine how much worse I’d have felt if I had been out one or two nights before the Wednesday event? 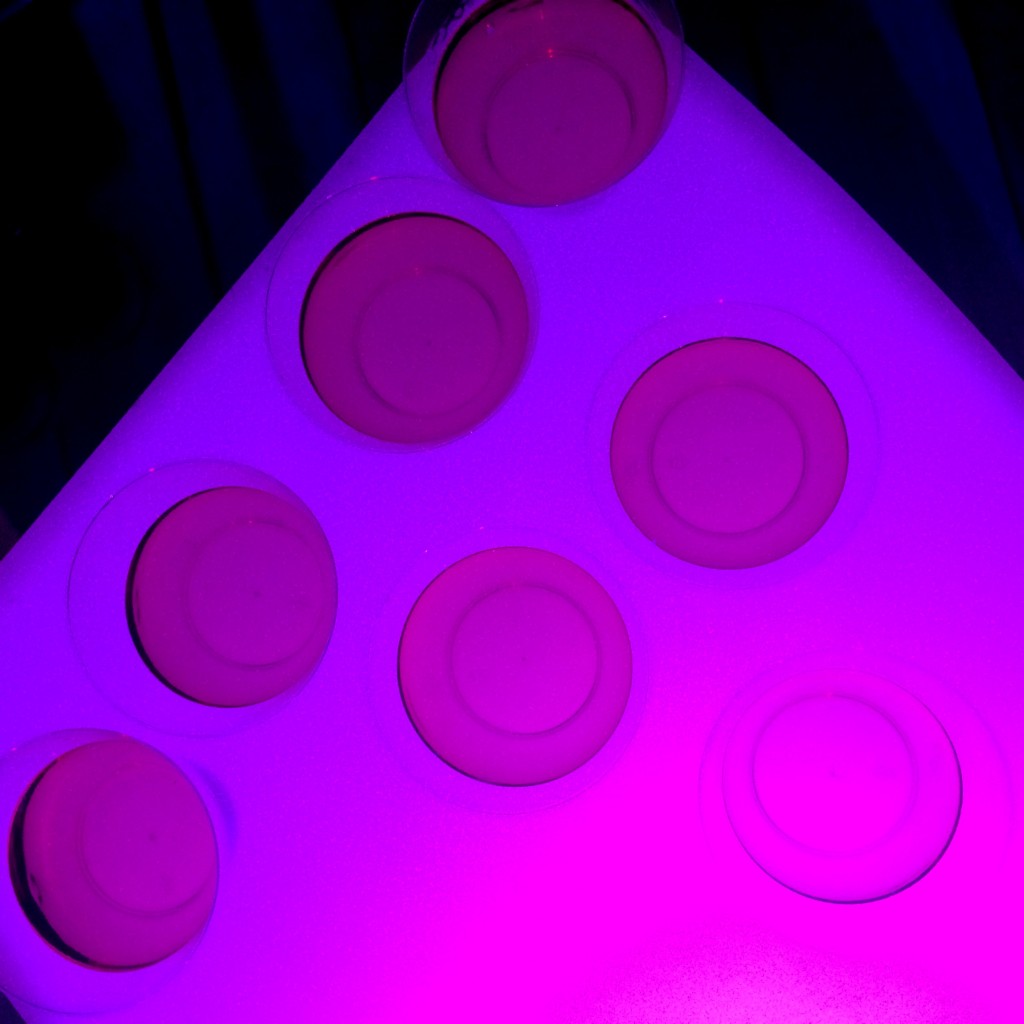 But that event on Wednesday was a prime example of me needing to learn that saying NO is not a sign of restriction. It is not me hiding. I’m not 100% past that, but I’m also way better about it than I used to be. And now as I struggle to find my happy medium, I have to start learning to say NO for the kind reasons. Did I need to go to the after party? No. Did I need a third mini donut? No. Did I need that last glass (or two…or three…) of Rose? Hell no. 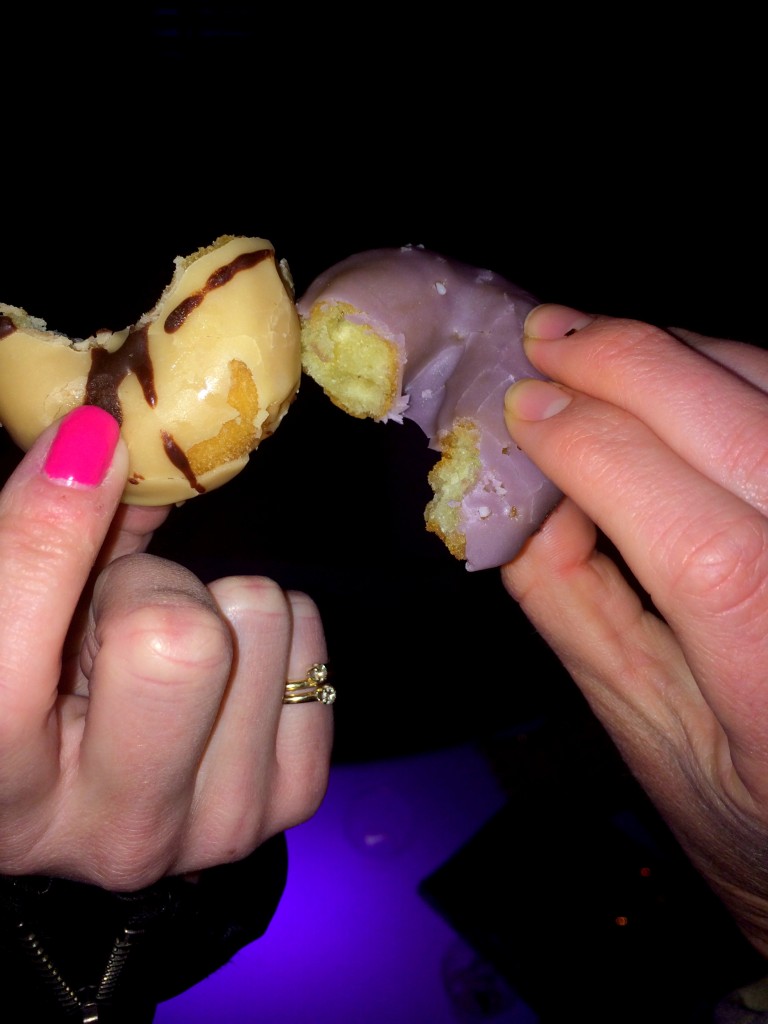 Doughnut cheersing with Emily and our mini Blackbird Doughnuts.

I’m so glad that I am putting myself out there and having fun. But the law of diminishing returns applies to fun. After a certain point, the gross feelings and the anxiety and just being sleepy or hungover are not worth the last late hour or two staying out. I have to keep reminding myself of that –  it’s okay to just say no. It doesn’t have to mean I am relapsing. 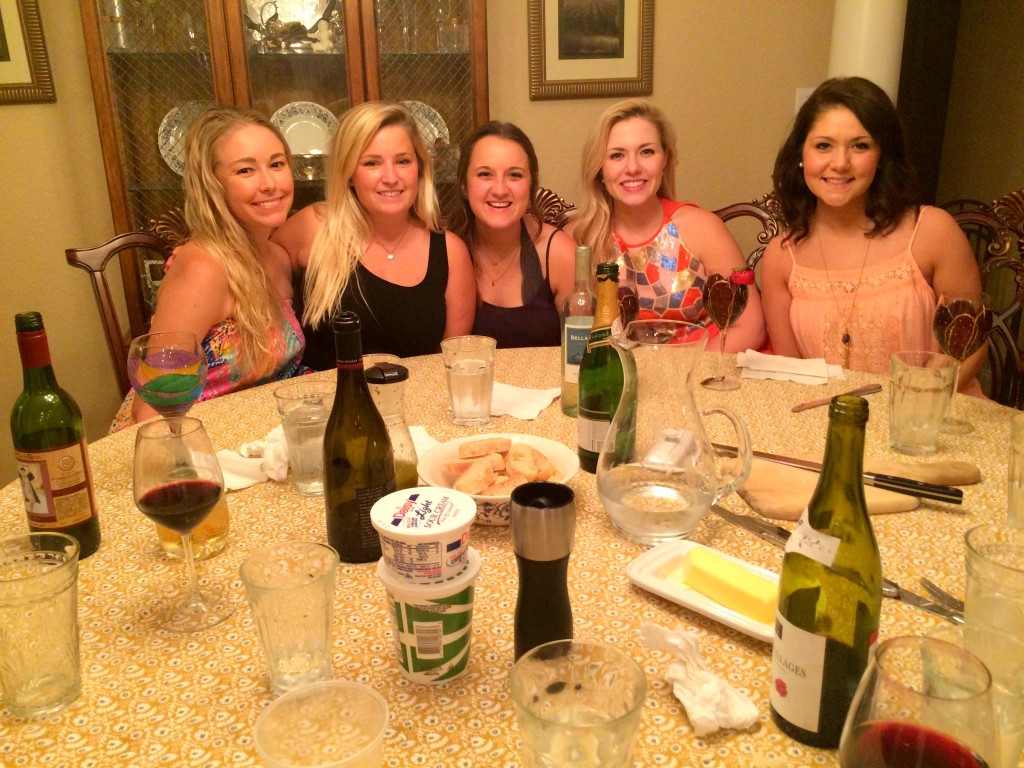 At Hannah’s grad party with her sorority sisters!

At dinner Friday night in Tennessee, I asked Hannah if she was going to go out after. She shrugged and said nah, that she was tired. And that was that. At the time I was wondering what was happening out there in Knoxville. Why wouldn’t we want to go out and experience a Friday night in such a fun college town? Well, because Hannah was done. And when I paused and thought about it, I realized I was too, and there was much more fun to be had the next day. So I went back to the hotel, slept, awoke the next morning feeling well rested, and even started my day with a solid body weight workout in the hotel gym that left me all the more ready for the last day of graduation festivities. I think that with time and practice, I will figure this whole balance thing out. I will learn when saying no is the kind thing to do, not a form of punishment. I will learn that it’s OK to not be able to say yes to every single plan. I will learn that there is always another day to have fun – a lesson that, after years of restriction, has been SO hard to learn and truly believe. What really freaks me out is what will happen to my body as I work on learning this lesson and finding my balance. Will I gain more weight? The thought scares the shit out of me. Or maybe this is it, and my body will settle here? I really am not a huge fan of my body right now, but I think maybe with time, I could learn to accept the way it looks now.

I don’t know what the future holds. Trying to envision what I will look like in a month or in a year drives me nuts, so I’ll try not to. That’s what thing I know it’s OK to just say NO to.

Do you keep your weeks busy, or plan-free to prepare for weekends?

How do you practice using your kind voice?

Do you find it hard to say no to plans?