This past Saturday I had the pleasure of attending my first holiday-themed event of the season – Yelp’s Holiday Bazaar at the New Britain Museum of American Art. Emily Cahill, Senior Community Manager for Yelp Hartford, did an amazing job coordinating so many vendors and even entertainment. What an awesome turnout! 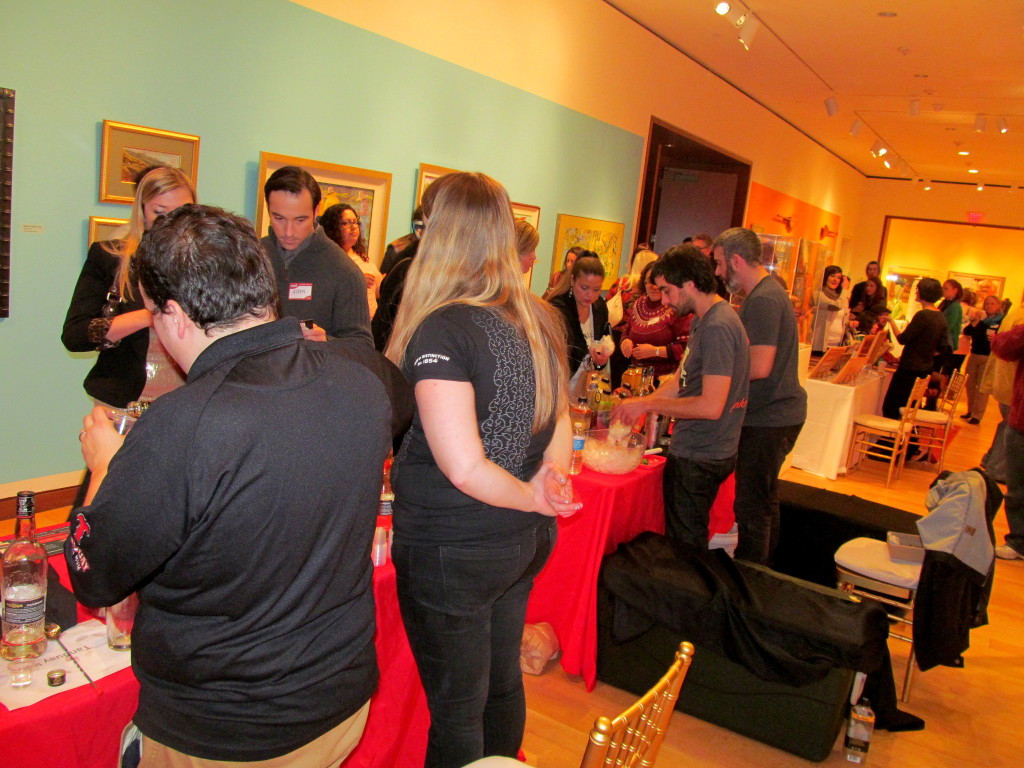 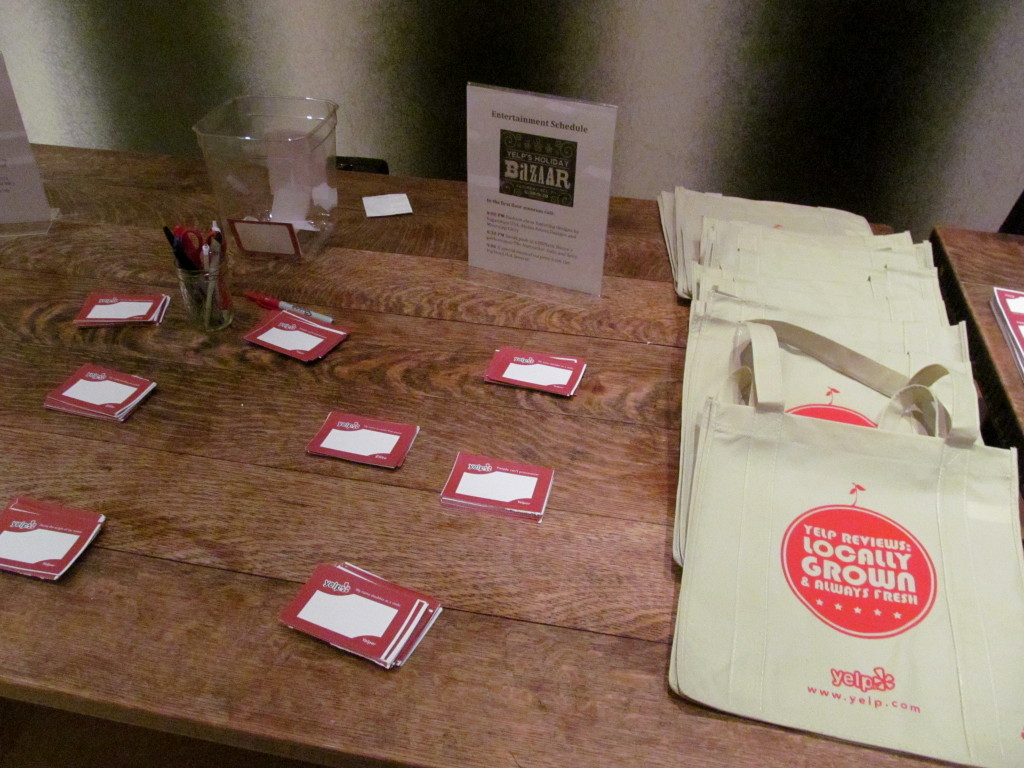 END_OF_DOCUMENT_TOKEN_TO_BE_REPLACED

The title of this post probably baffles you. What’s a pop-up? Why does it have cabin fever? Hear me out. Cabin Fever Pop-up is an event that was held a week ago (Monday 1/28) at Hartford Denim Company. Yes, Hartford has a denim company! Even this Fashion Friday blogger had no idea.

END_OF_DOCUMENT_TOKEN_TO_BE_REPLACED

I really could use a heavy dose of positive thoughts today, and hope writing this post will be just the ticket. For those just tuning in I have been having on-and-off GI stuff going on for a couple of weeks. Yesterday I was feeling 99.99% back to the old me. I even went to Group Power and was able to lift weights almost as heavily as I usually do (I scaled them back slightly just in case). I came home and chowed down on a tasty dinner and a couple small glasses of Cab. About fifteen minutes later, I was hit with the worst wave of nausea I’ve experienced yet during these last two weeks. I didn’t sleep much and still feel just as shitty today. I went to work because a) there was stuff I needed to get done and b) I just hate missing work. I’m always paranoid that people will think I’m faking sick or “not sick enough” to stay home. It’s smartest to rest though, so that’s what I’m doing. Currently I am at home, blogging in my PJs, drinking Evening Comfort Tea from Daybreak.

I actually looked up Giardisis (parasitic infection) on WebMD per my co-worker’s suggestion and am definitely going to ask my doc about it tomorrow. The last two visits were each with a different doc, both of which are not my normal one, so I am hoping that my usual doctor tomorrow will be more open to a suggestion that THIS ISN’T A VIRUS. I really don’t think viruses last two weeks and leave you feeling fine one day and like shit the next. I am also hoping hoping HOPING that the test results I’m waiting on will contain an answer. Giardisis is characterized by symptoms that come and go and that’s DEFINITELY what I’ve been experiencing.

What better way to cheer myself up than reliving the amazing fall event I attended this past Saturday – the Glastonbury Chamber of Commerce‘s 38th annual Apple Harvest Festival!

Fall is my favorite time of year in my hometown!

I have attended the Apple Fest almost every year since I’ve lived in CT, and recapped it during the blog’s earlier days. The Chamber of Commerce enjoyed that post so much that they asked me to cover the event again this year. Don’t mind if I do – I never miss an Apple Fest! Way to be social media savvy, Chamber of Commerce!

I attended with Jeff and we couldn’t have asked for a more beautiful fall day! Perfect light jacket weather, a crisp breeze, and bright, strong sun. We got cups of Pumpkin Spice coffee to go from Daybreak (of course) and set off to Glastonbury’s Riverfront Park.

I was happy to see that the great weather had already brought out a good crowd even just an hour after the Apple Fest’s 10am start time. Jeff and I started by perusing the field’s exterior to take a peek at the food vendors, as well as the Beer Garden. This was the first year ever that the Apple Fest had a Beer Garden and I snuck in before they opened to snap some photos.

The Beer Garden featured local beers AND wine! The price of $5 per glass of anything impressed me as well. I’d expected baseball-stadium $12 beers.

Shoutout to City Steam, Hooker, and Olde Burnside…and there was hard cider too!

I wasn’t feeling interested in imbibing at 11AM though. Though perhaps if I had I could have become a party animal like my friends… BABY PYGMY GOAT. This guy was so small he kept escaping through the metal bars!

…it’s time for PHOTOS OF CAITLIN WITH FARM ANIMALS! Yes, this was not only the first year that the Apple Fest had the Beer Garden, but also a petting zoo!

Clearly wishing this child would back off my goat. The only animal pic Jeff would be in, boo.

I probably spent the most time having fun in the petting zoo out of any adult at the event. I even came back for a second visit in hopes of getting a pic with the most exotic member of the zoo, Polly-Anna the camel.

During our first visit, she was chillin in this position and refused to move. Later she was ready for pics!

Her head was surprisingly soft! The fur looked so matted.

I came to the Apple Fest armed with cash to peruse and purchase goods from the local craft and food vendors. It’s the perfect place to find adorable, unique, delicious, insert-positive-adjective-here products!

Handmade finger puppets, some of which I have to say barely resembled their intended characters. C is for CAITLIN!

That’s what he said? No wait, he never would.

How cute are these wine bottle carrying cases by Sinful Spirit?! I adore fall crafts! I know Lisa would love these 🙂 except that cat is kinda creepy.

Eons of cat salt and pepper shakers for all my #catsofinstagram peeps. This Curry Nut Crunch Granola by Platte Clove Naturals of NY was one of the tastiest granolas I’ve ever had! I wish I knew of the vendor who made this beautiful bag – it was only $15.

Perfect for my school books!

After spending more money than I should have (and somehow Jeff walked away without spending a dime) we decided to do something I haven’t had a chance to do since the last Applefest – ride the rides!

A less-seen perspective of a ferris wheel!

I was a bit scared of the first ride we went on but I’d been on once before and (obviously) lived, so I agreed to ride whatever this thing below is called. The random top 40 music coming from this ride was at least quite calming.

Of course I had an amazing time on the ride and wished it lasted longer. It was my favorite of the day for sure and I wish I’d taken my camera on there to get some cool aerial shots. I was sure to take my camera on another ride, the Scrambler, but instead of aerial shots we ended up with mucho selfies. Jeff and I happened upon a fun Werther’s Original candies booth after we departed the rides area. Yes, that is a glass container where leaves blow around and you grab as many as you can to try to win free candy. Frantically stuffing leaves into the box to try to get 20 gold leaves.

I emerged triumphant and windswept. I won the candy!!! Gifted it to Heather‘s dad 🙂

Then we enjoyed a 3-course snack with the Vitamix man!

We started with a green juice…

…proceeded to a hot tortilla soup… On our way out of the Apple Fest, we spotted CT Senate candidate Linda McMahon schmoozing with some teens. I myself am not a Linda fan (or really a fan of either candidate we have running for Senate) so I didn’t say hello, just snapped my creepy paparazzo pic.

A guy and his pie.

The cherry on top of Jeff’s day, or the apple, was likely the above apple crumb pie, a gift to us from the Chamber of Commerce! Many thanks 🙂 I left the Apple Fest with a bunch of stuff I’d bought, and Jeff left with a free homemade pie. I’ll try not to think about that one.

Writing this post has definitely helped put me in a bit of a cheerier mood – it was such a fun day! I don’t plan to live in CT for the rest of my life (or a lot longer for that matter) but whenever I leave, I will certainly miss the Apple Fest. It’s such a fun fall tradition that brings me back to old memories…

…and creates new ones!

Thank you the Glastonbury Chamber of Commerce for having Jeff, me, and a few of my other friends at the Apple Harvest Festival! I received the tickets and pie for free, but all opinions are my own.

Do you have any experience or know someone with experience with a stomach parasite?

Which of the Apple Fest activities I partook in looks the most fun to you?