Friday Five: All the Topics

Thanks for the well wishes on my belated two-year blogiversary post yesterday! Your comments never fail to make me say “aw, shucks”.

I have a thousand ideas for posts bouncing around in my head and a bunch of stuff to talk about so how about I just do a Friday Five? That way I can talk about five of all the things. Killing five birds with one stone, or five topics with one blog post for the PETA-members out there.

I go to a lot of events and I can’t remember the last time I was this excited for one. Onyx is an awesome local company I have worked with since I started my blog and I was thrilled to be invited to their Moonshine Ball & Onyx 111 Infusion Challenge tonight at the Wadsworth Mansion at Long Hill in Middletown (where Kaitlin is getting married next year!). I’ve got a flapper dress and fedora packed to change into after the gym, and am ready for some yummy eats from Wood-n-Tap. Some great restaurants (Krust and Pond House Grill for example) are participating in the infusion challenge, which uses the newer Onyx 111 proof. I and other guests will get a chance to try and vote on the infusions, and local foodie judges will make the final decision as to which restaurant will be crowned champion! I am attending with Kat and am so excited to dance the night away! 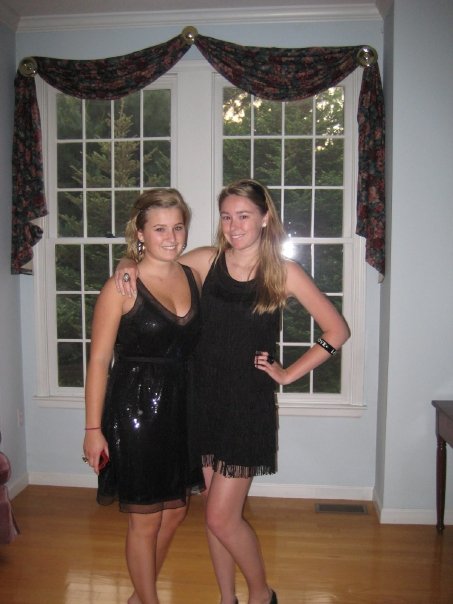 This is the dress! This pic was taken in June 2009 – I have gotten great wear out of the dress for several Halloween/costume events and many friends have borrowed it and done the same! Best thing is it cost about $20 from Forever 21.

END_OF_DOCUMENT_TOKEN_TO_BE_REPLACED

Happy to say that I was in a better mood yesterday – thank you for your de-stressing tips! This post is pretty random, but I have a lot of thoughts floating around in my head today.

I had a good day at work yesterday and an interesting class (Law, Business, and Society – we learned about torts and product liability) at night. Something I learned involved the famous lawsuit in which a woman was initially awarded $2.7 million in damages from McDonald’s for the third degree burns she suffered from as a result of spilling their 190-degree coffee on herself. I always thought the reward was ridiculous, but after hearing the full story from my professor, I’m actually changing my tune a bit. Turns out McDonald’s knew about their coffee being hot enough to cause 3rd degree burns within several seconds, but opted not to decrease the temperature after deciding that the money they would continue to pay out in settlements to people with burns was worth spending, compared to the money they’d lose in profit if they made their coffee the same temperature as everyone else’s. And that is why the punitive damages amounted to $2.7 million – because that is the amount of profit McDonald’s was making on its coffee in a single day. The punitive damages had a meaning and sent a message, which is indeed a function of punitive damages. So maybe the award wasn’t so ridiculous after all – what do you think? You learn something new everyday!

In other news, Faith Hill had her big comeback into country music at the CMA’s on Wednesday night. I was a bit annoyed when I was watching my DVR recording last night, and she started singing OneRepublic’s “Come Home” for her performance. I LOVE OneRepublic and their first album is one of my favorite albums of all time (and it has that song). I’m going to make an assumption (so that may make an ass out of me, but I digress) that many people watching the CMA’s didn’t know that she is not the original singer of this song because they may not know OneRepublic’s first album very well. If you’re gonna make a comeback, make it with a new song! Now many people probably don’t realize she’s covering it!

I have so many posts that I have been planning for you guys! I have all these backed up food photos that I want to post today, but hopefully soon you guys will be seeing posts on:

For now, just check out some pictures of food I’ve been eating.

Saturday’s breakfast – this is my favorite plate ever from my childhood 🙂 and my favorite breakfast that I hadn’t had in FOREVER! Also, I finished that jar of Cinnamon Raisin Swirl yesterday morning. Sad – but I did open a jar of Mighty Maple today!

Packed salad and fruit/cottage cheese while I waited to get my car check-up.

Had egg whites and Moe’s black beans as my protein in the above salad beast. I came home for dinner Monday night and was surprised to find Giovanni’s pizza waiting for me – PSYCHED. I love their pizza. So thin and crispy!

Needed a little somethin’ on the side.

Tuesday my mom surprised me with those brussells and like the nerd I am, I was psyched. On the spaghetti we put the bruschetta-flavored oil dip mix that I got at the AppleFest. It was just as good as the sample I had there!

Tonight I had an awesome dinner – the above (baby) plate, eaten with my (baby) fork, plus more meatloaf and some kalamata olive bread I got at the farmer’s market recently. Just finished off the above snack – dumped the yogurt out of the container into the cup and mixed with the cereal.
I’m headed to Group Step after work today – can’t wait!

What’d you have for dinner last night?